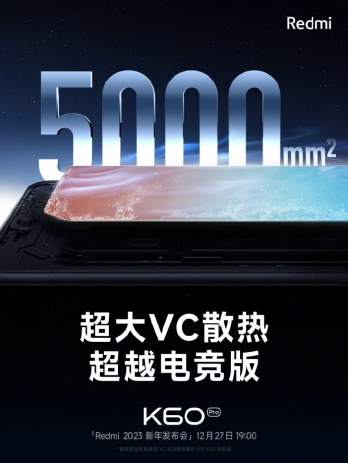 Xiaomi has just announced the arrival of the Redmi K60 Series . A new generation that will give rise to the POCO F5 in the Global market, and that will be presented in just a few days, specifically next week.

As Xiaomi has made official, the Redmi K60 Series will be presented on December 27 in China . In this new event that will close 2022 we will get to know the Redmi K60 and Redmi K60 Pro , two devices that will in turn reveal to us, to a certain extent, what the POCO F5 and POCO F5 Pro will be like.

As we can see in the following images and as Xiaomi has also confirmed, the Redmi K60 Pro will be the most interesting smartphone of this new generation, equipping a powerful Snapdragon 8 Gen 2 . 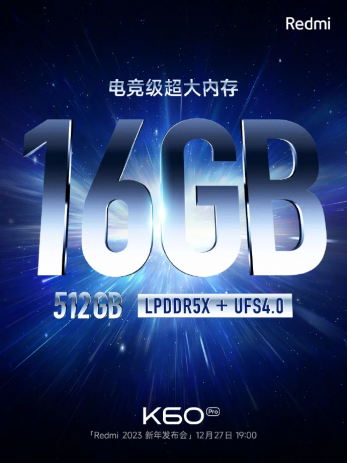 In addition, the Redmi K60 Pro will have up to 16GB of LPDDR5X RAM , incorporating 512GB internal storage, in this case UFS 4.0 type in order to offer the best performance and fluidity.

Likewise, it should be noted that Xiaomi has made it clear that the Redmi K60 Gaming will not be presented this year . Its debut will most likely take place at the beginning of 2023, probably during the next month of February.