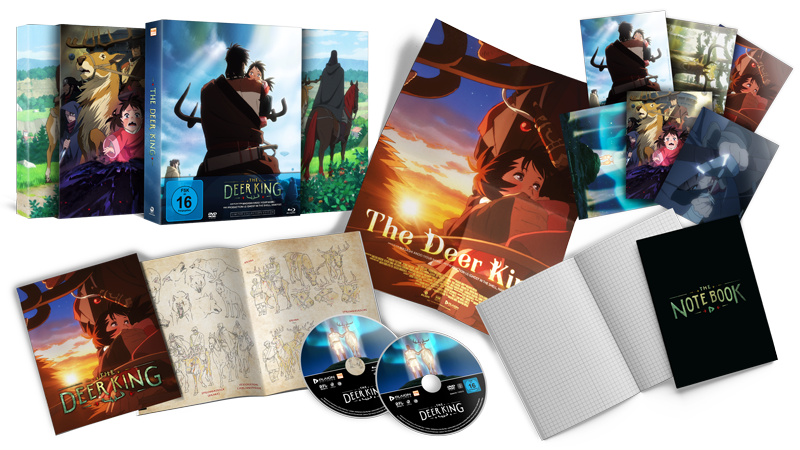 In just a few days, KSM Anime will be releasing the fantasy anime The Deer King on DVD and Blu-ray. The anime label from Wiesbaden has now announced a Limited Collector's Edition on Twitter, which can now also be pre-ordered.

Accordingly, The Deer King will be released on December 8, 2022 not only as a standard edition, but also as a limited collector's edition in a refined rigid case with a 4-sided digipak inside. In addition to the approximately 113-minute film with German and Japanese voice output on DVD and Blu-ray, the Collector's Edition also includes the following extras:

The Limited Collector's Edition is available exclusively in the online shop Anime Planet for EUR 39.99. A product image can be found under this article for viewing.

The Deer King was released in German and Austrian cinemas between September 15 and 18, 2022 with a German soundtrack and in the original version with German subtitles. For the German implementation, KSM Anime commissioned the dubbing company KÖLNSYNCHRON, where Daniel Käser directed the dialogue and wrote the dialogue book.

Based on the fantasy novel by Nahoko Uehashi, the film was adapted at Studio Production IG and directed by Masayuki Miyaji and Masashi Ando. Before having its Japanese theatrical premiere on February 4, 2022, The Deer King premiered at the Annecy International Animation Film Festival in France in June 2021.