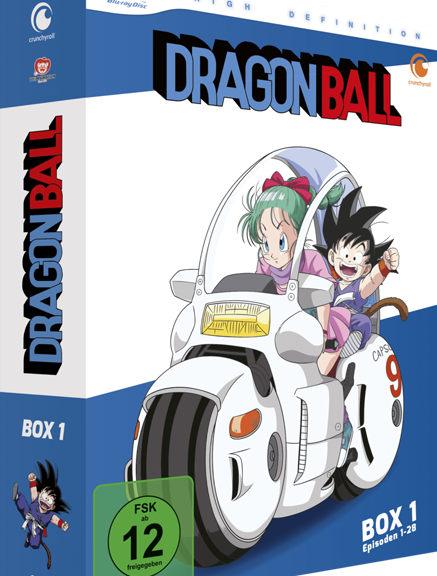 Although it's no longer enough as a Christmas present, fans of Dragon Ball can still look forward to the HD remake of the anime classic early next year. Meanwhile, Crunchyroll revealed the cover design of the first Blu-ray box (see below).

The first box of Dragon Ball is expected to be available on DVD and Blu-ray on January 12, 2023. The first 28 episodes with German and Japanese voice output are included. An episode guide and two postcards are listed as an extra. Pre-orders are now available through Amazon .

For the new HD edition, the image format on the Blu-ray Disc will be scaled up to 1920×1080 (16:9) Pillarbox, which will make the full version of Dragon Ball commercially available in Germany for the first time. The DVD version still contains the original 4:3 aspect ratio.

Dragon Ball has 153 episodes and aired on Japanese television from February 1986 to April 1989. The Toei Animation studio, directed by Minoru Okazaki and Daisuke Nishio, was responsible for the adaptation. In Germany, Dragon Ball celebrated its premiere in August 1999 on RTL II, before the German TV version was released on DVD by KAZÉ Anime (now Crunchyroll). 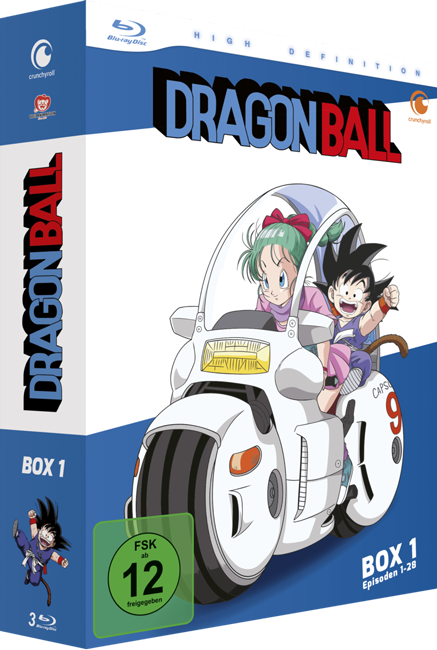 Brave heroes, oddballs, nasty opponents and exciting fights – all this is Dragonball! Strong nerves are required here, because the fight for the fate of the earth is entering the first round. But before he becomes the savior of the world, the little Saiyan Son Goku lives all alone in the wilderness. That only changes when he meets Bulma and goes with her in search of the legendary Dragon Balls. Luckily, because otherwise he would probably never have met the Turtle Lord. He trains Son Goku and teaches him some of his strongest techniques. And then there's the shape-shifting pig Oolong, the not-so-terrible Beef Devil, and of course, Baldy Krillin. Together they form an unbeatable team that is just warming up. Ring free – the battle of good against evil begins!