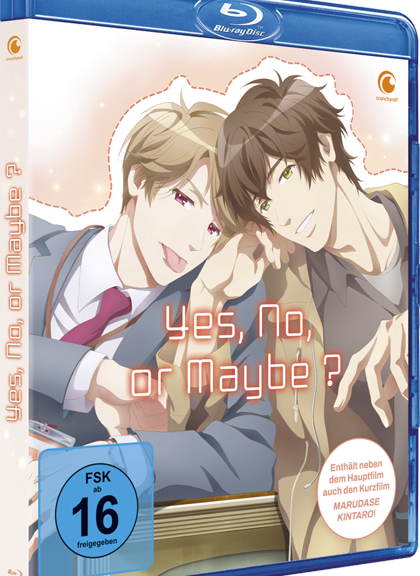 UPDATE (11/06/2022): This article has been updated with more details (BL short film Marudase Kintaro also included) and the final cover design (see below). It is also possible to pre-order via Amazon .

It was quiet for two months about the Boys Love film Yes, No, or Maybe? . In the meantime, Crunchyroll (formerly KAZÉ Anime) has officially reported back with its newsletter and announced the date for the planned disc release for the first time.

Yes, No, or Maybe? has a length of around 50 minutes and is based on the light novel series of the same name by Michi Ichiho with illustrations by Lala Takemiya. In this country, Crunchyroll publishes the Boys Love film   probably on December 1, 2022 with German and Japanese language edition on disc. The BL short film Marudase Kintaro is included as an extra.

Masahiro Takata led Yes, No, or Maybe? Directed while production took place at Studio Lesprit. Ayano Owada took care of the character design and Tomoki Hasegawa composed the music. In Japan, the anime film celebrated on December 11, 2020 as part of the Boys Love Festival!! its premiere.

The light novel of the same name by Ichiho started in November 2014 and ended in 2016 with the final third volume. A spin-off series titled OFF AIR was released in Japan between August 2017 and October 2019. 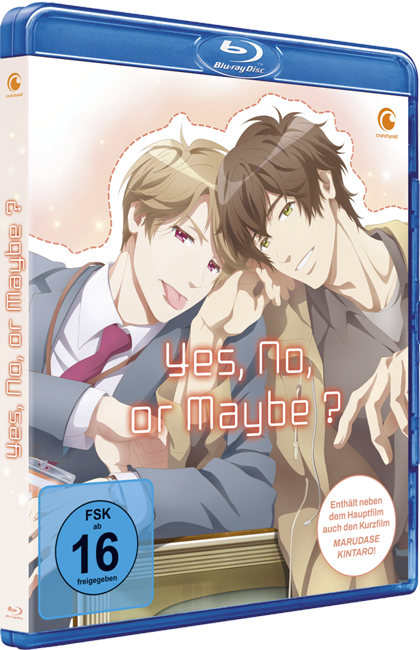 Kei Kunieda seems like the perfect son-in-law: always neatly dressed, heartbreaking smile, well-fitting hairdo, a handsome man and a newsreader by trade. This is how he presents himself to the outside world, but his real face is quite different: he is sarcastic, sloppy and anything but nice to people. His wrecked self accidentally bumps into animator Tzusuki Ushio, whom he previously met as the news anchor self. In doing so, he slightly injures him, forcing him to help him with his work. As a result, he gets to know Tzusuki better, who seems to have developed a soft spot for news anchor Kunieda. But can he also like Kei's real self?