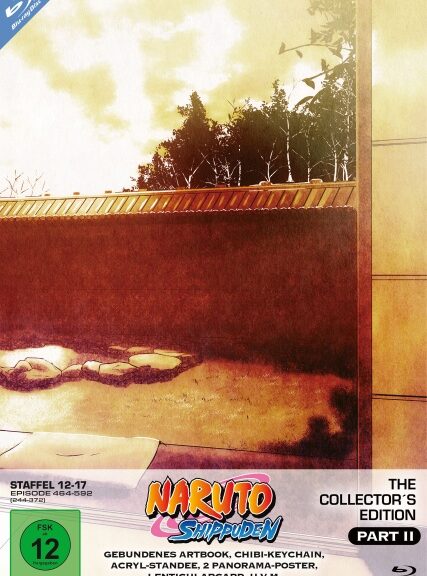 About two months ago we reported that KSM Anime is releasing the complete follow-up series Naruto Shippuden as a Collector's Edition. While the first box will appear in a few weeks, it is now clear when the second box will follow.

KSM Anime is releasing all 26 seasons of Naruto Shippuden in a total of three boxes as a collector's edition on Blu-ray. The second box is expected to go on sale on January 19, 2023 and will contain the next 129 episodes from seasons 12 to 17 with German and Japanese voiceovers. Extras include a bound art book, a chibi keychain, an acrylic standee, two panorama posters, a lenticular card, mini clips, settings and storyboards.

The first box with the first 242 episodes (seasons 1 to 11) will be available in stores from December 8, 2022. The first two of three boxes can now also be pre-ordered on Amazon.

Naruto Shippuden originally aired in Japan from February 2007 to March 2017 and is the direct sequel series to the anime classic Naruto . Based on Masashi Kishimoto's manga of the same name, the 500-episode anime series was created at Studio Pierrot and directed by Hayato Date.

KSM Anime has released Naruto Shippuden on DVD and Blu-ray for 26 seasons already. For some time now, KSM Anime has also been releasing the sequel Boruto: Naruto Next Generations .Crunchyroll and Netflix offer all episodes in the original version with German subtitles on demand. 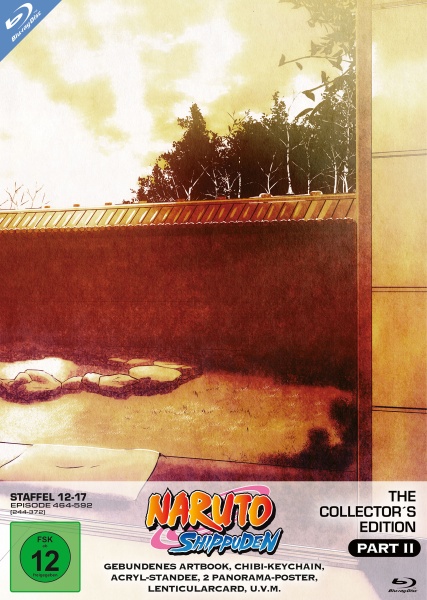 WHAT IS NARUTO SHIPPUDEN ABOUT :

Naruto Uzumaki wants to be the best ninja in the land. He's come a long way, but with the threat of the mysterious Akatsuki organization, he knows he must train harder than ever. He leaves his village and faces an intensive training that pushes him to his limits.