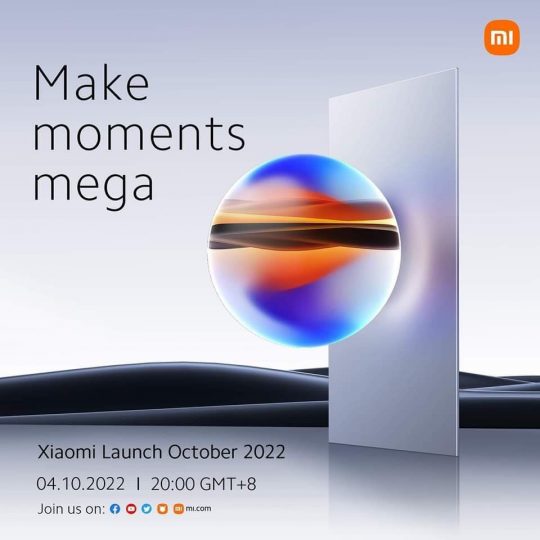 After countless leaks and even having made its debut in China , the Redmi Pad, as well as the Xiaomi Smart Band 7 Pro, already have an official presentation date for the Global market . A highly anticipated event, which will take place in just a few days.

As reported by Xiaomi, the Redmi Pad, as well as the Xiaomi Smart Band 7 Pro will be presented on October 4 . Also, this very day we will discover the Xiaomi 12T Series .

The event will take place at 2:00 p.m., Peninsular Spain time , and during it we will probably discover other new products destined for the European and Global market in general. Remember that the presentation event can be followed through YouTube .

Redmi Pad, the king of the event

Although the Xiaomi Smart Band 7 Pro promises to have a large number of sales, the Redmi Pad will be the star product of this event , especially for its price, which is rumored to be very attractive.

If we remember, the rumors suggest that the Redmi Pad will have an 11-inch LCD screen, with its resolution being 2K . In addition, inside we would find a MediaTek processor, specifically the MediaTek Helio G99 .

Likewise, the Redmi Pad will apparently have a 7,800mAh battery, 3/4GB of RAM and a single variant of 64GB of internal storage. All this in three color variants : Graphite Grey, Moonlight Silver and Mint Green.