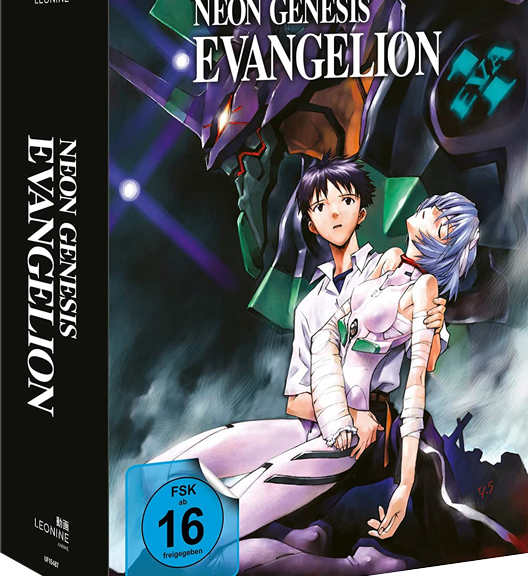 The cult anime Neon Genesis Evangelion is still one of the most popular anime series and was only given a new edition by LEONINE Anime last year. An entry on Amazon has now made it known that another complete edition will be released on Blu-ray this year.

Accordingly, LEONINE Anime is expected to release a Blu-ray complete box as a steel book edition on November 4, 2022. This includes all 26 episodes with German and Japanese language editions as well as the films Evangelion: Death (True)² and The End of Evangelion in the original Japanese language with German subtitles. As an extra, around four hours of video extras and an 84-page special booklet with lots of background information are listed.

The cover and a product image of the Steelbook complete box can be found under this article. Pre-orders are already possible via Amazon .

Neon Genesis Evangelion (Japanese: Shin Seiki Evangerion ) is an anime original created by Hideaki Anno and produced by Studios Gainax and Tatsunoko Productions. The broadcast on Japanese television took place between October 1995 and March 1996 with a total of 26 episodes. In June 2019, the anime found its way onto the SVOD platform Netflix .

Cover of the Blu-ray complete box: 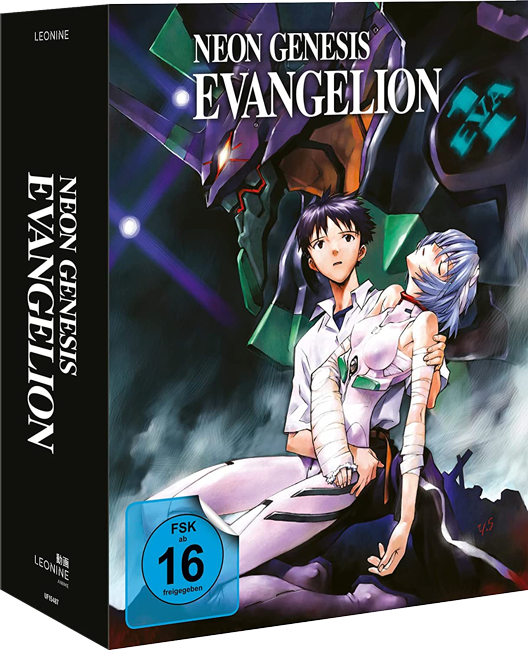 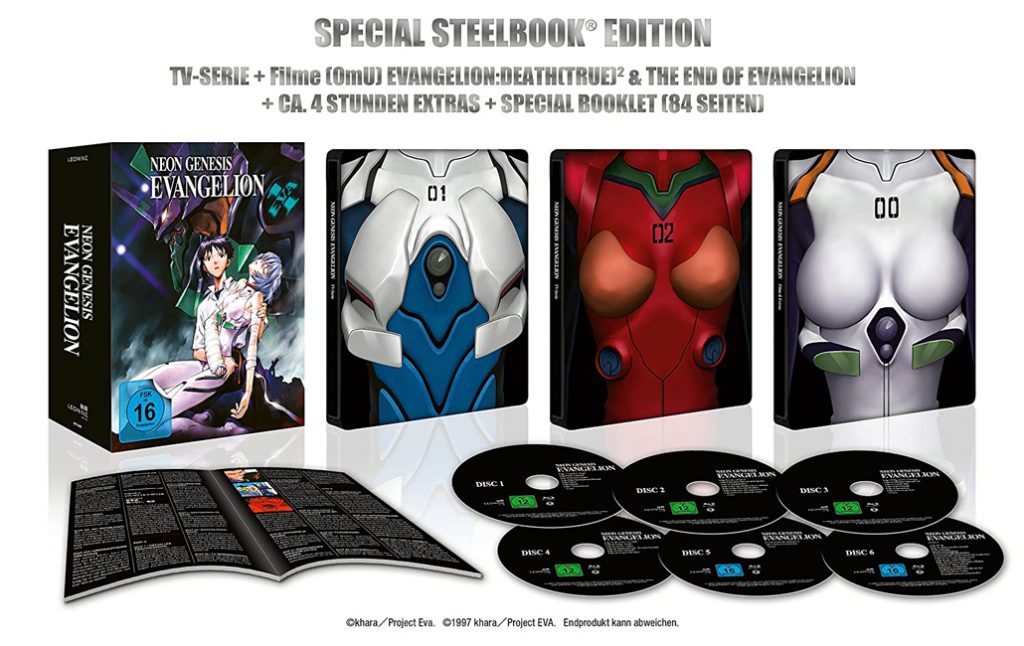 Here's what Neon Genesis Evangelion is about:

September 13, 2020: The Second Impact occurs at the South Pole. What follows are environmental disasters, conflicts over resources and finally civil wars that kill half the world's population. Fifteen years later, the shy 14-year-old Shinji Ikari is chosen to pilot a biomechanical war machine dubbed Evangelion to save humanity from extinction. For at a time when the remnants of the human race are hiding in underground cities from the hostile "Angels", only the mysterious NERV organization, with the help of the Evangelion, opposes them. Controlled by a group of teenage pilots, only they can penetrate the attackers' force field in melee combat. But fate weighs heavily on the pilots – because only if they manage to find their inner strength and survive in the apocalyptic final battle is there hope for the survival of civilization.