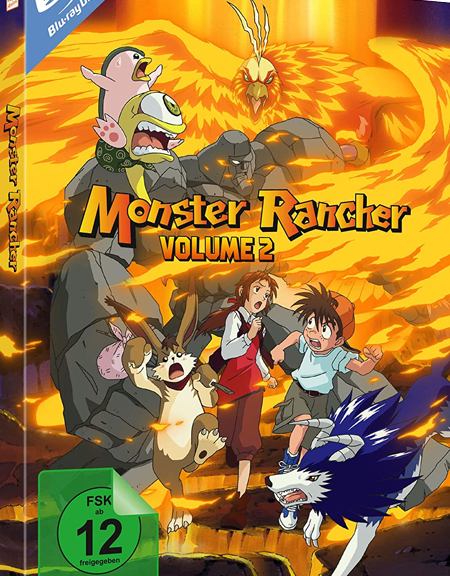 About two months ago we reported that KSM Anime is planning another home video release of the classic Monster Rancher as a cheaper volume edition. Before the first volume appears in October, the first details on the second volume are now known.

Monster Rancher Volume 2 is expected to be available November 16, 2022 and will include episodes 27 through 48 on DVD and Blu-ray. As an extra, the German clean opening and ending, a picture gallery and a trailer are listed. Pre-orders via Amazon are already possible.

The first volume with the first 26 episodes in German and Japanese will be available on October 20, 2022.

KSM Anime released Monster Rancher in March of this year as a Limited Collector's Edition and as a Limited Monster Edition (exclusive to Anime Planet ), each containing all 73 episodes of the classic plus numerous extras.

The classic is based on the Japanese video game of the same name by Tecmo Koei and was adapted as an anime series by Studio TMS Entertainment, directed by Hiroyuki Yano. Monster Rancher consists of 48 episodes that aired on Japanese TV between April 1999 and March 2000. A 25-episode second season followed in Japan in April 2000. 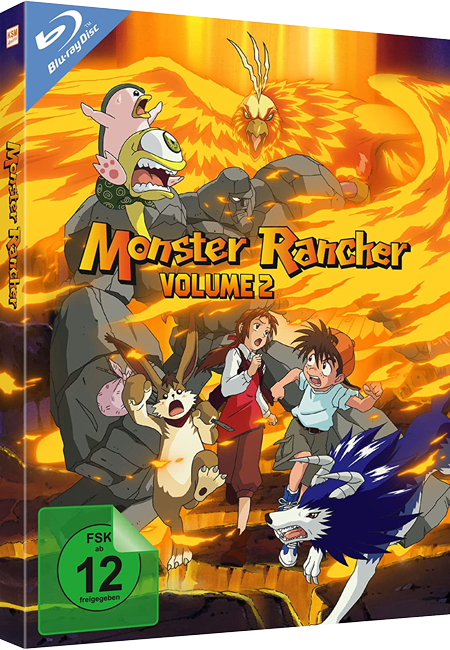 This is what Monster Rancher is about:

Here we go Genki, an eleven year old boy, is an avid Monster Rancher gamer. Even at school, he can't think of anything else. In class, he dreams of winning the big Monster Rancher tournament and getting the latest version of Monster Rancher 200x as a prize. After school Genki runs home and there is indeed a new Monster Rancher 200x in the mailbox. As he excitedly inserts the CD into the game console, he is suddenly sucked into the game and finds himself in the Monster Rancher world. There he meets Holly and the monster Suezo. Together they experience one adventure after the other. 2. Friends Forever! In search of the Mystery Stones, Genki and his friends come to a town. When the townsfolk find out that he and his friends want to fight against Moo and his army, they hole up in their houses. Nobody wants to help our heroes. So they leave the city and go back into the wilderness. In a forest, Holly's miracle stone suddenly begins to glow and a little later they find another mystery stone. But the joy is short-lived. The predatory dinosaurs appear and a huge fight ensues.