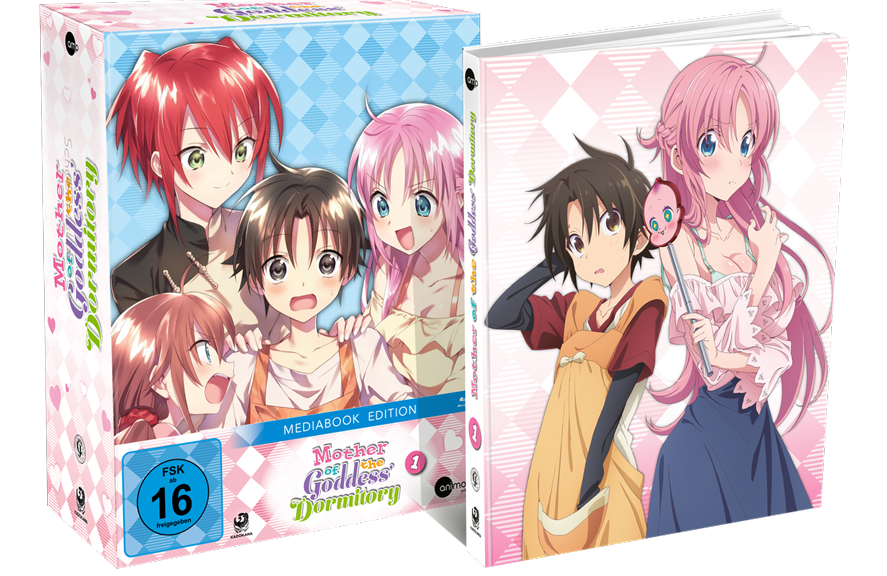 During the past summer season, AniMoon Publishing announced the licensing of the ten-part anime series Mother of the Goddess' Dormitory . After it had been quiet about the title for a long time, the anime label from Potsdam has now revealed the first details about the planned disc release.

Mother of the Goddess' Dormitory will be released in Germany as a Limited Mediabook Edition in three volumes on DVD and Blu-ray. The first volume with a slipcase is expected to be available in September 2022 and will contain the first four episodes with German and Japanese voiceovers.

The second volume will follow in October 2022 with episodes 5 to 7 before the comedy harem anime will conclude in December 2022 with the third volume (episodes 8 to 10). In addition, each volume contains an exclusive extra, which will only be revealed at a later date. All volumes can now be pre-ordered in AniMoon Publishing 's online shop .

Mother of the Goddess' Dormitory is based on the manga of the same name by author Ikumi Hino and was produced at studio asread under the direction of director Shunsuke Nakashige. The ten-part anime series ran between July and September 2021 on Japanese TV and on the prime video channel aniverse with German subtitles in simulcast. 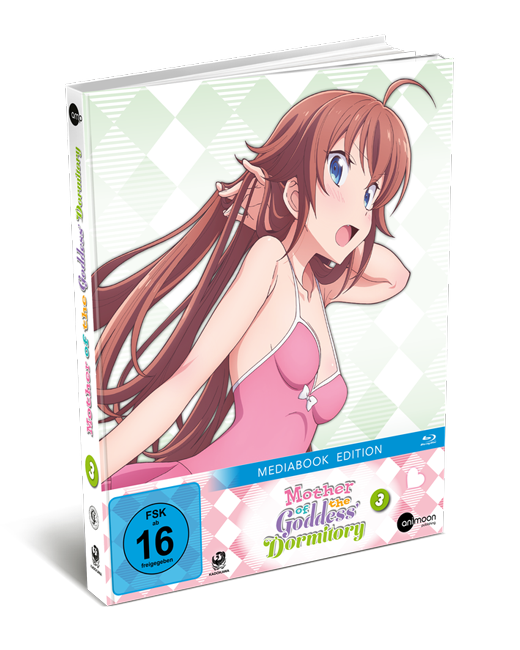 This is what Mother of the Goddess' Dormitory is about:

His house? burned down. His father? Escape. Money? None! Middle school student Koushi Nagumo is homeless from now on. When he collapses from hunger on the street, the pretty Mineru Wachi takes care of him and takes him to the girls' dorm "Goddess Dorm". Thus begins Koushi's crazy coexistence with five beautiful, one-of-a-kind goddesses.