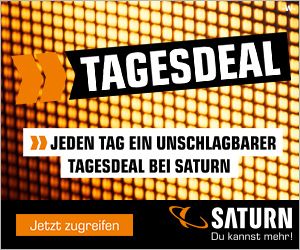 In the future, Apple could display more advertising in pre-installed apps on iPhones and iPads. So far, the company only shows ads in the News, Stocks and App Store apps. An internal test is currently being carried out at Apple to examine the introduction of advertising in other apps.

As Bloomberg editor Mark Gurman reports , Apple is currently testing the display of advertising in its own map app. Businesses such as restaurants could pay a fee to appear higher in search results on maps, Apple expert Gurman speculates. However, advertisements could also appear outside of the search results in the map app in the future. The Bloomberg editor believes that Apple can offer companies more flexibility when it comes to displaying advertisements.

Advertising possible in other apps

According to Gurman, Apple could also enable advertising in other apps such as podcasts or books. However, as is already the case in the News, Stocks and App Store apps, Apple wants to clearly identify the advertising for users. Earlier this month, Apple announced that users would see more ads in the App Store on iPhones and iPads. Significantly more banner ads will soon appear in the Today tab and on individual app pages.

Unsurprisingly, the reason for running additional ads on iPhones and iPads is money. As reported by Digital Trends , Todd Teresi, Apple's vice president of advertising, wants to boost advertising revenue from $4 billion a year into the tens of billions.

Apple described the additional advertising in the App Store as "a growth opportunity for companies of all sizes". Apple also pledged that the new ads will only promote apps that have previously been approved for the App Store. Of course, the company's strict data protection standards also apply to this advertising.