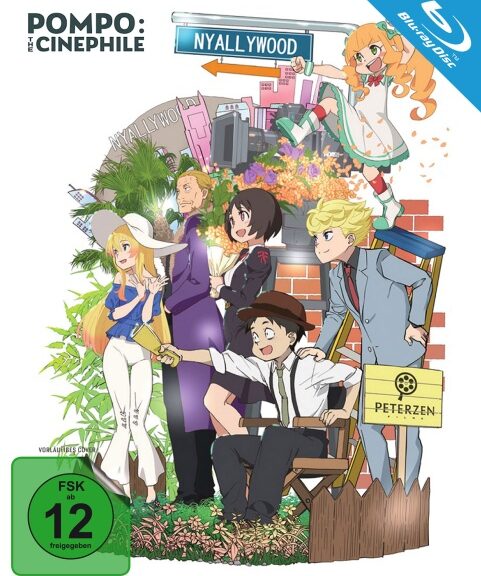 A few days ago we reported that KSM Anime is releasing the anime film Pompo: The Cinéphile (Jap. Eiga Daisuki Ponpo-san ) on disc. In the meantime, the Wiesbaden anime label has revealed further details about the planned disc release.

Pompo: The Cinéphile is expected to be released on November 17, 2022 with German and Japanese voiceovers as a digipak on DVD and Blu-ray. A cinema poster, trailer and a picture gallery are listed as extras. Pre-orders are not yet possible.

Pompo: The Cinéphile is based on Shogo Sugitani's manga series of the same name and was produced by Studio CLAP and directed by Takayuki Hirao, who also wrote the screenplay. Shingo Adachi contributed character design, while Kenta Matsukuma composed the music. The approximately 90-minute film celebrated its premiere in Japan on June 4, 2021 after several postponements.

The original manga by Shogo Sugitani started in Japan in April 2017 and has three volumes so far. A spin-off titled Fran: The Cinéphile began in July 2018. 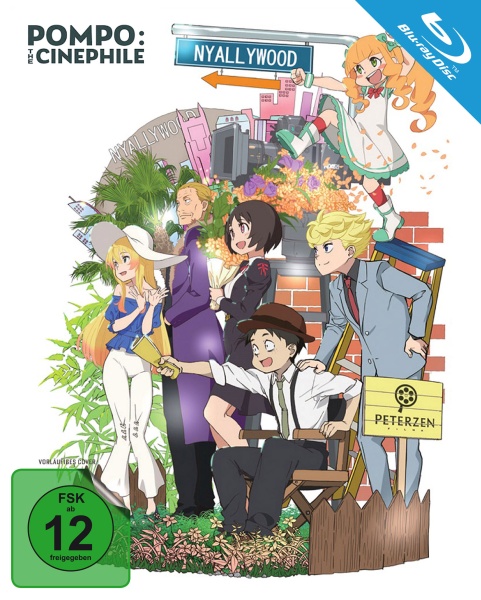 This is what Pompo: The Cinéphile is about :

The story centers on slick producer Joelle Davidovich Pomponette in Nyallywood, the film capital. Despite her ability to see the potential of the cast and staff and push them to fulfill their talents, she has only directed B-class action and adult films. One day, Pompo's "film worm" assistant Gene Gini, who has been puzzled by her choice of film genre, receives a new script from her and is tasked with directing a film based on it. Will Gene be able to realize the masterpiece Pomponette wrote?