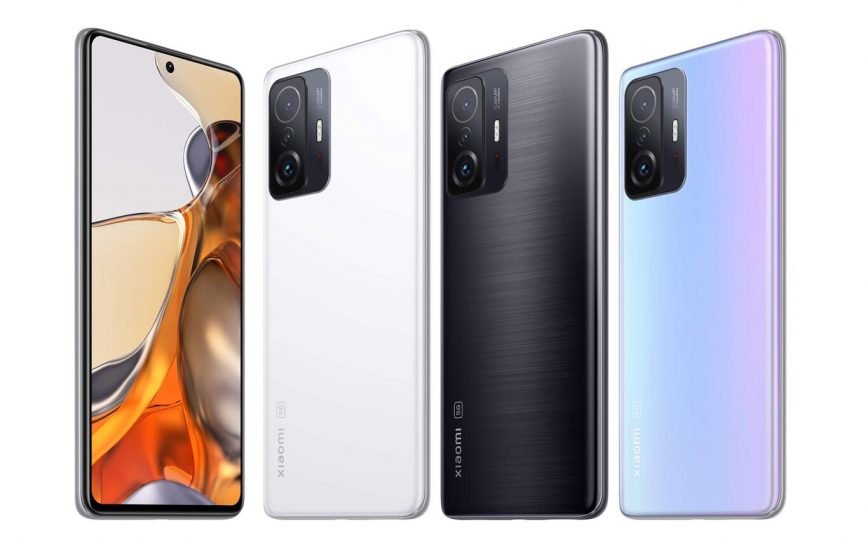 Autonomy is one of the strengths of Xiaomi, Redmi and POCO mobiles. Mostly equipped with batteries of 5000 milliamps or even more , the brand's devices stand out for how well they resist extensive use. For this reason, we decided to collect five Xiaomi phones equipped with the best battery and that you can buy in 2022.

Five Xiaomi phones with the best battery in 2022

Some of the mobiles in this list are the main representatives of Xiaomi in the DXOMARK ranking . The rest have proven to be competent terminals with exceptional autonomy . So let's talk in depth about what makes them special.

1. Xiaomi 11T: the best battery capacity of a Xiaomi

After having been released on the market in October 2021, the Xiaomi 11T has stood out in various sections. The power of its MediaTek Dimensity 1200 processor provides continuous fluidity with a level temperature .

However, the best thing about this Xiaomi mobile is its 5000 mAh battery, as it allows you to take full advantage of the power of its processor. Managing to provide up to 31 hours of autonomy with an average configuration.

According to the DXOMARK ranking, moderate use can give you up to 2 and a half days of autonomy. It is a device with well-balanced features , which are supported by its fast charge of 67 W. In just over 40 minutes, you will have the battery back to 100%.

Does it catch your attention? The Xiaomi 11T is available for sale on AliExpress .

The POCO X4 Pro 5G and the Redmi Note 11 Pro 5G are basically the same mobile , except for some differences such as the exterior design and the price. For this reason, we will treat them as one because the battery of both is the same in both one and the other: excellent.

Its 5000 mAh battery is one of the greatest virtues that both mobiles have to offer. Its autonomy is optimized and decently compensated . At rest, the battery wears out little and only suffers when playing games that are too heavy. For the rest, the Snapdragon 695 5G processor that powers both devices offers great performance.

In addition, these two Xiaomi mobiles integrate 67 W fast charging, so the battery recovers full charge in less than an hour . Both the POCO X4 Pro 5G and the Redmi Note 11 Pro 5G are available for sale on Amazon.

The POCO catalog has several mobiles that offer dream autonomy. Such is the case of the POCO M4 Pro 5G , a Xiaomi mobile that incorporates a large 5000 mAh battery and 30 W fast charge . It is very difficult to bring the load to 0%. As much as you play, browse social networks, watch series or movies, its autonomy will still reach two days of use.

Did you manage to kill his battery? Congratulations! The speed of its fast charge of the POCO M4 Pro 5G will take it back to 100% in just over an hour . So don't worry, you can exploit the full potential of your MediaTek Dimensity 810 processor without fear of excessive battery drain.

Do you want a mobile with autonomy to spare? Well here you have the POCO M4 Pro 5G. The same is available for sale on Amazon.

The Redmi Note 10S ranks twelfth in the DXOMARK global ranking. It is a practical and economical Xiaomi mobile , with a decent 5000 mAh battery that provides balanced autonomy. The device is supported by a MediaTek Helio G95 processor, which heats up very little when gaming.

The lack of 5G and WiFi6 connectivity are also a key point of the little wear on your load. In fact, no matter how much use it can be given, the battery of this Xiaomi mobile resists the entire day. It can even reach 30 hours of autonomy . Also, its 33W fast charge can fully recharge the battery in just 80 minutes.

If you are looking for an economical model that you can take advantage of to play, then you will like to know that the Redmi Note 10S is available for sale on Amazon.

5. POCO X4 GT: a Xiaomi mobile with the best battery

The POCO X4 GT is one of the most recent Xiaomi phones with the best battery on the list. The device integrates a capacity of 5080 mAh together with a 67 W turbo charge. The end result is a mobile capable of reaching up to 28 hours of autonomy with intense use.

Although yes, it can easily reach two days with moderate use . Also, its fast charge guarantees to recover 50% of your battery in just over 15 minutes, which is completely convenient.

The great autonomy of the POCO X4 GT is due in large part to the good performance offered by its MediaTek Dimensity 8100 processor. The interface remains fluid and agile in all types of tasks , without being exposed to overheating and without further draining the battery.

If you want to try Xiaomi's best battery powered POCO device, the device is available for sale on AliExpress .