The MIUI update continues to create high expectations among Mi Fans. A few weeks ago we broke down the multiple additional features present in the MIUI 13 beta and that could make their way to the next layer of customization. This is an extensive list of possible new features, which may possibly reach MIUI 13.5, which has just been expanded further with the latest beta version .

MIUI 13 beta version 22.6.17 added a new set of features that could come to the MIUI 13.5 interface . Specifically, they are aesthetic changes at the interface level, new widget icons, added functions, among others. Here you have all the details:

The popup that appears when an app requests a permission has undergone a minor aesthetic change.

It displays three options to choose from, it is no longer stuck to the edges of the screen, it has rounded corners and it shows the app icon.

The menu for displaying widgets on the main screen has been improved. It now incorporates a search bar and provides a preview of the different widgets available for your mobile.

A functionality that Xiaomi added in the latest beta of MIUI 13 has been to prevent the user from recording audio with incognito mode activated .

If you try to access the Recorder app, a notification will pop up letting you know that you are in incognito mode and cannot record audio with the app. 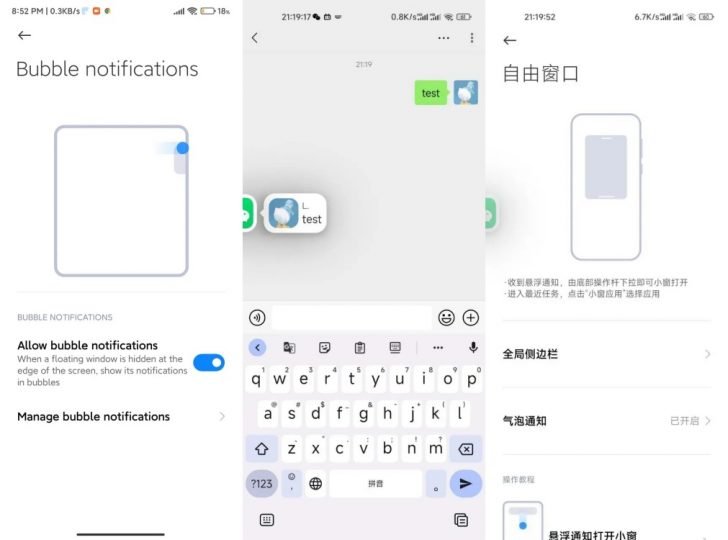 Other additions for the customization layer

The most recent version of the MIUI 13 beta has incorporated multiple new features. Although the ones mentioned above are the most notable, the beta also brought the following changes to the customization layer :

For now, the deployment of MIUI 13 continues in more Xiaomi, Redmi and POCO mobiles that are more than two years old . So there is still time to confirm if such functions end up reaching MIUI 13.5 or just remain as simple experiments.