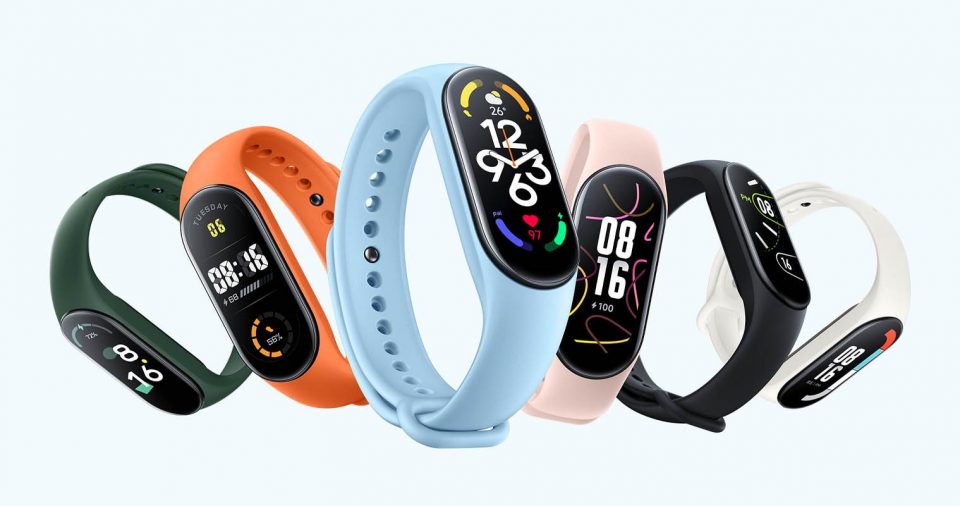 Xiaomi, through an event in which it presented the new Redmi Note 11T Pro , also unveiled the seventh generation of the Xiaomi Smart Band line . The gadget has managed to accumulate a good number of sales on AliExpress. However, is it worth buying the Xiaomi Band 7 if you already have a Mi Band 6?

It's typical, right? Ask yourself if it is necessary to jump from one generation to another. Above all, if the previous version meets your expectations. Still, let's give it the benefit of the doubt, and compare what the Xiaomi Band 7 has to offer with its predecessor .

Xiaomi Band 7 vs Mi Band 6, which one is worth buying?

The Xiaomi Band 7, which will soon see a Pro version arrive , remains conservative in its format. Although the device, in general, brings with it some improvements in terms of its screen size and autonomy . So let's talk about its specifications in depth.

First of all, the Xiaomi Band 7 arrived in the Chinese market with a 1.62-inch AMOLED screen . Compared to the Mi Band 6, which is 1.56 inches in size, there is a minimal difference of 0.06. It may not seem like much, but a larger and wider screen offers a better display and distribution of content , which optimizes the user experience.

In addition, it should be noted that the seventh generation of the line integrates the Always On Display function, which allows the user to view certain information on the screen without it being completely on. Which implies, of course, a lower energy expenditure.

While the Mi Band 6 includes a 125 mAh battery , the Xiaomi Band 7 integrates a 180 mAh battery model. This increase makes it the member of the Smart Band family with the highest charging capacity that could last up to 15 days.

However, the increased battery capacity makes the fitness tracker a heavier gadget than its predecessor. In detail, the Xiaomi Band 7 weighs 13.5 grams , and the Mi Band 6 weighs about 12.8 grams .

It should be noted that the Xiaomi Band 7 includes more exercise modes than its predecessor. While the Mi Band 6 records just 30 sports activity modes, the seventh generation includes no less than 120 training modes . Although it is worth mentioning that the rest of its interfaces remain practically unchanged.

As additional data, the Dialog 14706 processor of the Xiaomi Band 7 offers better performance in the fluidity of animations . This compared to the performance offered by the previous generation Dialog 14697 processor.

So, is it worth buying the Xiaomi Band 7?

In conclusion, and according to our criteria, we consider that the Xiaomi Band 7 is an optimal, very complete and efficient device that could represent a good purchase option. However, if you already have a Mi Band 6, it may not be necessary to make the generation jump .

Updating is always good, of course. It's just that the differences with the Xiaomi Mi Band 6 are not so radical as to urgently replace it . The attributes of the predecessor are up to average use, and even advanced. Come on, it can work for a few more years without problems.

Also keep in mind that the Mi Band 6 is available for sale on the official website of Xiaomi Spain for a value of 39.99 euros . Although it is possible to find it much cheaper in official stores.

The Xiaomi Band 7, for its part, has not been officially announced in Europe , so its reference price is 239 yaunes, which is equivalent to about 34 euros. However, it is likely that when it lands in Spain, its value will be a little higher. For now, the Chinese variant is available on AliExpress .

When is it worth buying the Xiaomi Band 7? If you have a bracelet of the fifth generation or earlier . In this case, the improvements implemented by the new Xiaomi gadget could optimize the user experience that you have obtained so far from its past versions.