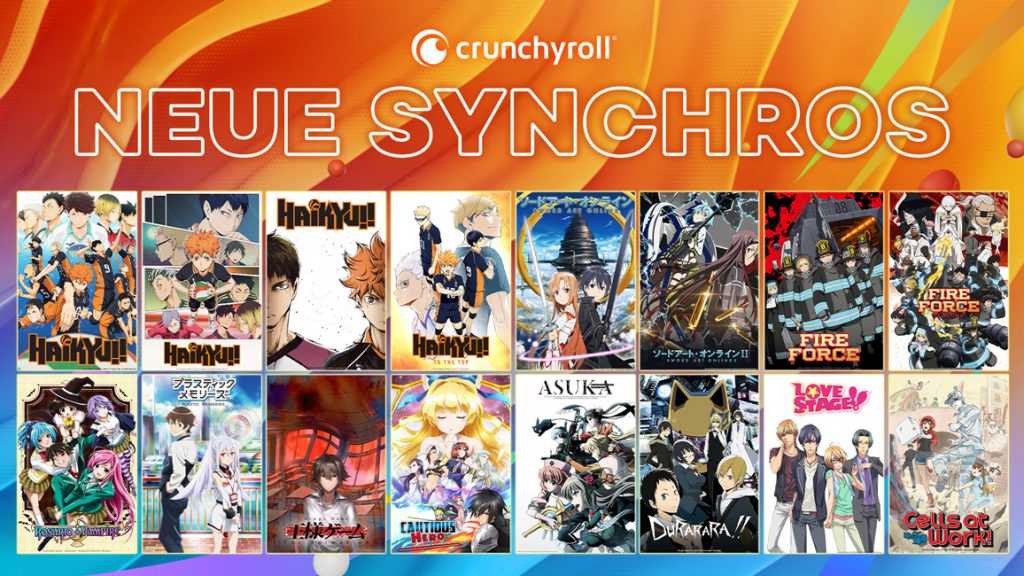 After Crunchyroll announced the takeover of the majority shares of the VIZ Media Europe Group in autumn 2019, the expected has now been fulfilled: after more than twelve years KAZÉ Germany, the Berlin-based label will be renamed and continued under the Crunchyroll brand. The company recently announced this in a press release.

In order to take the anime experience in Europe to the next level, all KAZÉ brands, which include KAZÉ Manga, KAZÉ Anime and KAZÉ Movie as well as KAZÉ Games, will merge into the Crunchyroll brand going forward. In addition, the cinema event series KAZÉ Anime Nights will continue as Crunchyroll Anime Night from this month.

The first products under the Crunchyroll brand will be released in the second half of 2022. These include the manga series Kaiju No. 8 and the home video release of the popular anime series Jujutsu Kaisen . Crunchyroll assured that apart from the name change, no changes, such as a price increase, are imminent and that KAZÉ will not cease its original operations.

"Anime and manga belong together," said Rahul Purini, President of Crunchyroll. “With almost 30 amazing years of KAZÉ in France and 12 equally amazing years in Germany, we are thrilled to now take Crunchyroll's manga and home entertainment business to the next level. We very much look forward to using the deep in-house expertise that has made KAZÉ so successful to take Crunchyroll to new heights.”

In 2009, the DVD publisher Anime Virtual SA from Lausanne and the DVD distributor AV Visionen GmbH from Berlin became part of the Japanese publishing group ShoPro-Shogakukan-Shueisha. Since 2010, KAZÉ has been her European label, releasing animes on DVD, Blu-ray and VoD. In 2012, KAZÉ started publishing manga series in German with the label KAZÉ Manga.

The KAZÉ brands have been pioneers in France and Germany in bringing fans the very best in manga, home entertainment and cinema experiences. KAZÉ Anime was considered the definitive source for anime classics like Dragon Ball , Detective Conan and One Piece , as well as current hit titles like Attack on Titan and My Hero Academia . Manga releases like Tokyo Ghoul , Haikyu!! and JUJUTSU KAISEN are among the bestsellers in the market and made KAZÉ Manga a major force in publishing.

Since 2019, KAZÉ has belonged to the streaming provider Crunchyroll, which was fully acquired by Funimation in August 2020 for USD 1.175 billion and has since been an independent joint venture between the US company Sony Pictures Entertainment and the Japanese company Aniplex, a subsidiary of Sony Music Entertainment (Japan) Inc., is.

In addition to the announcement that the KAZÉ brands will be united under the Crunchyroll brand, the streaming provider announced that eleven anime titles with German voice output from ANIMAX will now be available on Crunchyroll. Among other things, fans of Haikyu!! , Sword Art Online and Fire Force are looking forward to it. An overview of all new additions can be found below.