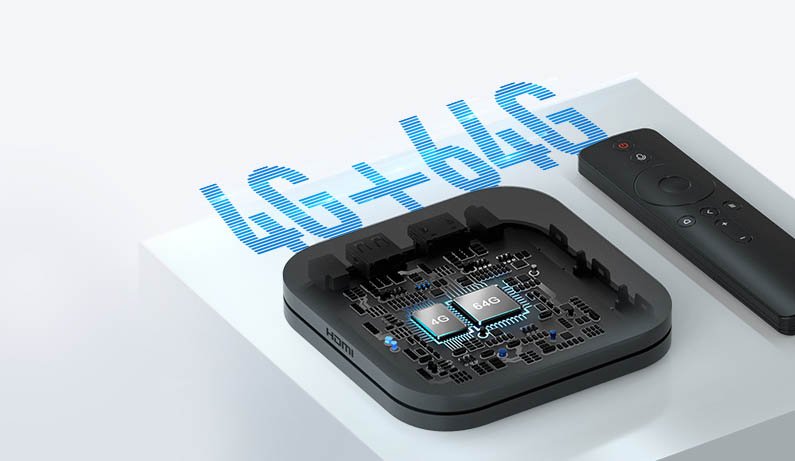 Without prior notice and to everyone's surprise, Xiaomi has presented its new Xiaomi Box 4S Max in China. A new model that arrives loaded with new features, among which an 8K decoding system and an HDMI 2.1 port stand out.

The new Xiaomi Box 4S Max debuts with a design that is practically identical to that of other models such as the Xiaomi Mi Box 4S Pro , except for its upper part, since it now incorporates the new company logo .

In detail, the new Xiaomi Box 4S Box is characterized by its Amlogic S905X3 quad-core 64-bit processor, in combination with a total of 4GB of RAM and 64GB of internal storage. In addition, as a great novelty, it adds an HDMI 2.1 interface.

Likewise, this new model supports 4K video output with the possibility of 8K decoding . Added to this is support for Dolby and DTS sound , WiFi AC and it also has a Chromecast-type wireless screen projection system.

For the rest, the new Xiaomi Box 4S Max has MIUI TV as an operating system (based on Android TV) and adds a remote control with support for voice commands . Its price is 499 yuan, about 70 euros, although for now it is unknown if it will reach the Global market.