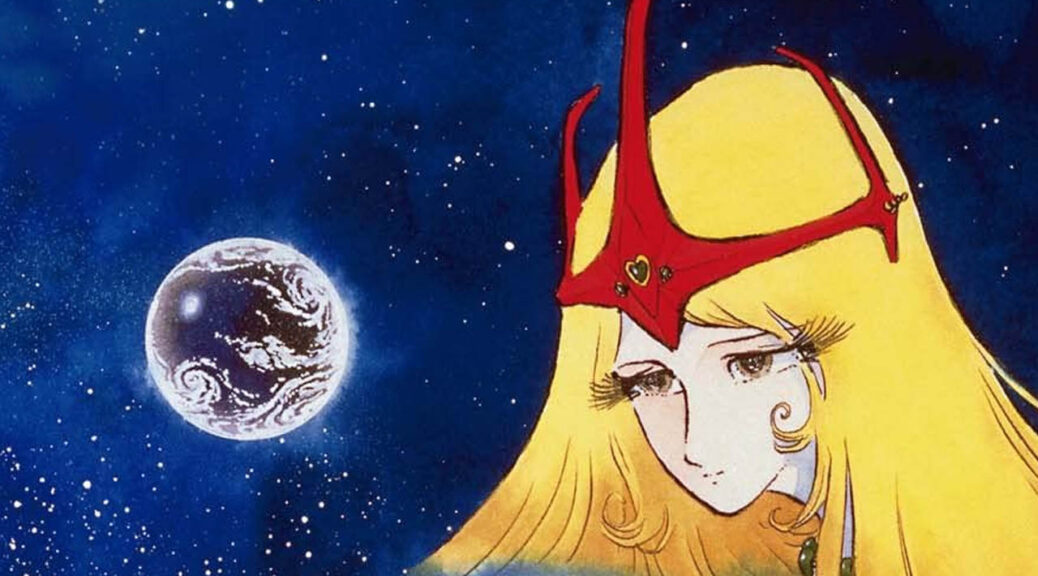 So now yes! After PIDAX FILM suddenly canceled the disc release of The Queen of a Thousand Years , KSM Anime announced today that they could secure the license for the 42-episode anime classic.

KSM Anime is expected to release The Queen of a Thousand Years with German and Japanese voice overs on DVD and Blu-ray from the fourth quarter of 2022. Further details on the home video release, such as a specific release date, are still pending and should follow promptly.

The Queen of a Thousand Years (Japanese Shin Taketori Monogatari: 1000-nen Joou ) is based on the manga of the same name by Leiji Matsumoto. The Toei Animation studio, led by director Nobutaka Nishizawa, was responsible for the 42-episode anime adaptation. The anime series first aired on Japanese television between April 1981 and March 1982.

In Germany, the first broadcast took place from March to May 1991 on the free TV station TELE 5, before the series was shown for the last time in Germany from April to June 1992. PIDAX FILM originally announced a disc release last year, which was put on hold shortly before publication due to "problems with the rights".

We are pleased to announce that we have secured the license to the classic The Queen of a Thousand Years. 🎉

The series is expected to be released on DVD & Blu-ray from the 4th quarter of 2022.🧡

We look forward to your opinion in the comments. pic.twitter.com/EHhTxPME9C

This is what The Queen of a Thousand Years is about:

Tokyo, spring 1999: Hajime is 14 years old and lives in the Japanese capital with his parents. He still goes to school but is much more interested in space and the stars. After his parents are killed in a mysterious explosion, he moves in with his uncle, who lives and works at the Tsukuba Observatory. There it was just discovered that there is a tenth planet in our solar system, which is racing towards the earth and is supposed to collide with it on September 9th, 1999.

Hajime befriends Yayoi Yukino, his uncle's assistant. The fourteen-year-old then becomes more and more involved in the story of the tenth planet, a secret organization called "The Thieves of 1000 Years" and a mysterious "Queen of 1000 Years" …