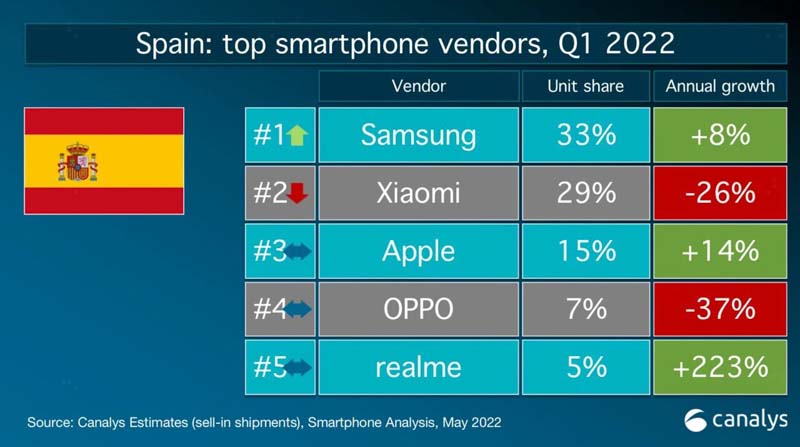 is probably to blame

After years being the best-selling smartphone brand in Spain, Xiaomi has lost its leadership and probably the blame for this is the endless failures of MIUI and the abandonment that the company has shown with its older smartphones.

Beyond what we could expect, Xiaomi has lost 26% market share compared to the first quarter of 2020 . Consequently, Samsung is once again positioned as the best-selling brand in Spain with a market share of 33%.

As we can see in the following graph, Samsung is positioned as the leader after a growth of 8%. Instead, Xiaomi is placed as the second best-selling brand with a market share of 29% . Behind them we find Apple with a 15% share, Oppo with a 7% market share and finally Realme with 5% after having grown by 223% .

This great fall of Xiaomi in the Spanish market is probably due to MIUI. In recent years Xiaomi has not been able to solve its endless failures , also leaving not-so-old devices that are still present among the user community without support.

An example of this has been the update to MIUI 13 of the Redmi Note 9 5G and POCO M3 Pro 5G , which renders the terminal unusable . The same thing has been happening with other devices, especially with the Xiaomi Mi A3 , which, although it does not have MIUI, its development and support is part of the Xiaomi team .