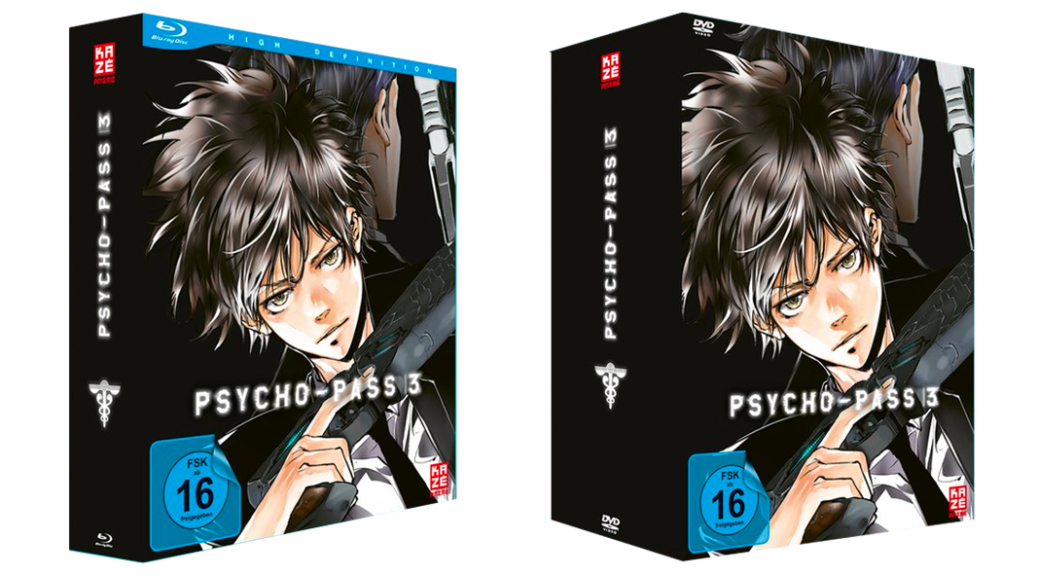 Just a few weeks ago we reported on the probable disc release date of Season 3 of Psycho-Pass . Now, before the first volume will be released in July, KAZÉ Anime presented the design of the collector's slipcase (see below).

The home video release of Psycho-Pass Season 3 will be a two-volume digipak in a slipcase, scheduled to begin on July 7, 2022. The three-part film Psycho-Pass 3: First Inspector is expected to be released on DVD and Blu-ray on September 1, 2022.

Like its predecessors, Psycho-Pass 3 was created in the Production IG studio and directed by Naoyoshi Shiotani. The eight-part third season ran on Japanese television from October to December 2019 and was shown in Germany in a simulcast on Prime Video . Tow Ubukata wrote the script, while Naoyuki Onda did character design. 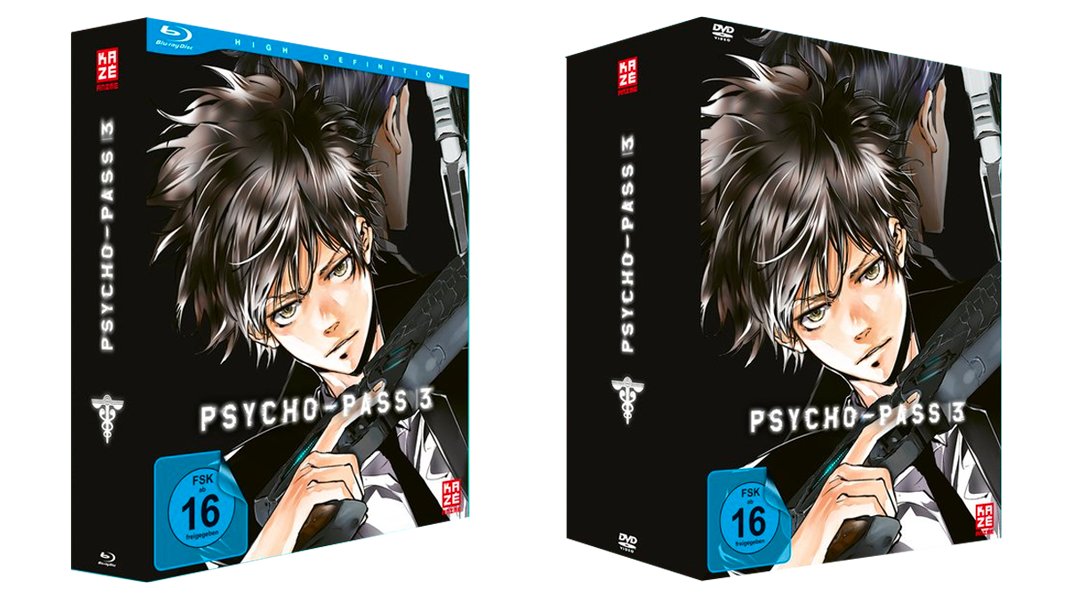 In the Japan of the future everything seems perfect: Breakfast comes from the machine, the outfit is put together at the push of a button, life is safer than ever. Incidentally, a sophisticated system constantly analyzes the mental state of the population and thus also their potential for violence. It all serves the honorable purpose of preventing crime in the first place and creating a livable, non-violent environment. People whose so-called "Psycho-Pass" shows an excessive value are arrested, treated or immediately removed. When the newly minted police inspector Akane Tsunemori starts her service at the Public Security Department and hunts down potential criminals together with the so-called enforcers, she soon gets to know the bloody downside of this ideal world – and the most dangerous criminal of all…