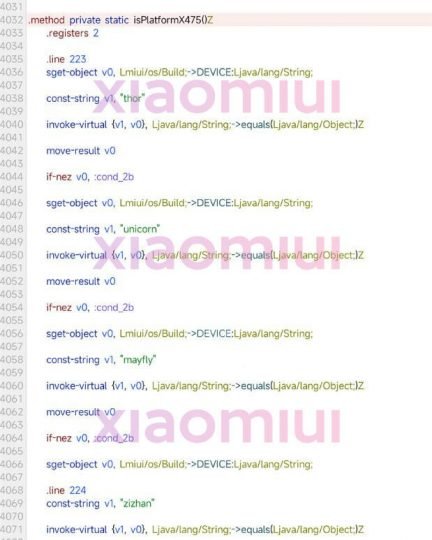 Apparently, Xiaomi will be one of the main manufacturers that will make use of the new Snapdragon 8 Gen 1+ . Up to six new smartphones equipped with this new processor, which we will probably discover before the end of 2022.

The XIAOMIUI team has also discovered it. Apparently, the MIUI internal code mentions up to six new smartphones that would be equipped with the Snapdragon 8 Gen 1+ , which has not even been officially presented yet.

As we can see in the following image, the XIAOMIUI team has discovered certain lines in the MIUI internal code that are related to the new Snapdragon 8 Gen 1+ . This, apparently, would be equipped in up to six different mobiles:

Furthermore, according to the latest rumors, the Xiaomi 12 Ultra will be one of the first devices to debut the new Snapdragon 8 Gen 1+ . Apparently, this will be officially presented on May 10 in China, later reaching the Global market.

Likewise, the Xiaomi 12S, Xiaomi 12S pro, Xiaomi 12T Pro, Xiaomi Mix Fold 2 and Redmi K50S Pro are expected to be presented before the end of 2022 , thereby expanding the extensive catalog of smartphones offered by the company.