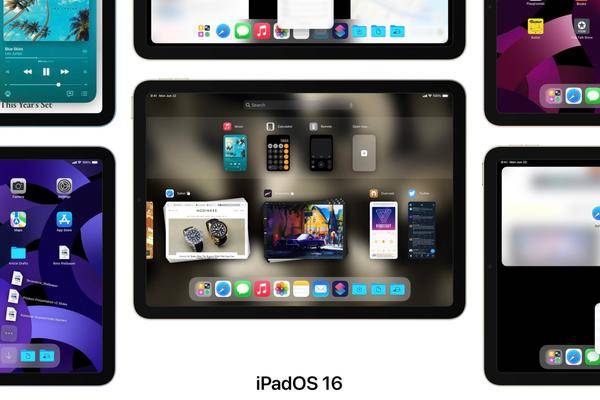 Until the unveiling of iPadOS 16 at WWDC 2022, fans are waiting for official information. A product designer and Apple fan developed a concept in advance that shows a possible look and potential features of the iPad operating system.

The concept came from Parker Ortolani, a product manager with extensive experience in product design. On Twitter he published several images showing how he imagines the iPadOS 16 interface. The presentation and the short texts next to the pictures look like an original Apple presentation.

Ortolani focused primarily on multitasking in its iPadOS concept. Here we could actually expect some innovations with iPadOS 16, because as Bloomberg journalist Mark Gurman reported, Apple is supposedly working on a new multitasking interface for iPadOS .

In his vision of iPadOS16, Orlatani has added some new functions to the Split View feature. Three or four apps can be placed next to each other instead of just two. The whole thing works easily via drag and drop and the size distribution of the apps is variable.

The designer also missed Mission Control new features. For easier organization, open apps appear like a deck of cards. In Ortolani's version, a new app window can be opened simply by tapping in Mission Control. Apps optimized for iPadOS 16 can also be opened as a floating window. The latter feature in particular is likely to be what many fans would like for the iPad operating system. Ortolani has also improved the dock. In his version, not only apps and folders can be stored there, but also music, e-books, videos and other formats – similar to macOS.

At the WWDC on June 6th, we will find out what iPadOS will really look like and what features it will offer. Apple fans would certainly be happy about some functions from Ortolani's concept.