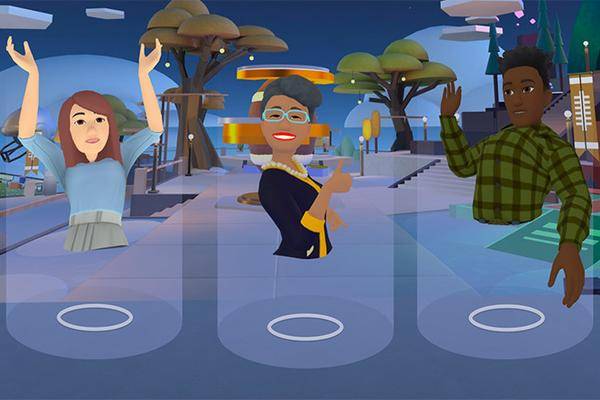 According to Meta, it would like to collect around 50 percent fees on sales in the Metaverse. A few months earlier, the company complained about the 30 percent fee that Apple charges in its own app store.

This week , Facebook's parent company Meta announced that users in the Metaverse will have the opportunity to earn money. One possibility for monetization is the sale of NFTs (non-fungible tokens) on the marketplace of Horizon Worlds, the VR world of the Metaverse. However, the proceeds from the sales do not go 100 percent to the sellers, because as Macrumors reports, a considerable proportion goes into Meta's pockets.

The company did not reveal in the announcement how high the fees incurred for the sales are. However, a company spokesman was clearer to CNBC : 47.5 percent of the proceeds go to Meta. 30 percent fall on a "hardware fee" for the Meta Quest Store and another 17.5 percent on the Horizon Worlds platform. According to Vivek Sharma, Vice President of Horizon Worlds, a commission rate of just under 50 percent is "a competitive rate in the market".

Ironically, Meta's announcement of the comparatively high fee in the Metaverse comes just months after the company complained about Apple's App Store commission. In June 2021 , Meta CEO Mark Zuckerberg announced on Facebook that through 2023, Meta will not be charging any fees for paid online events, subscriptions, badges, or any other product. If commissions are introduced at some point, they will be less than the 30 percent that Apple and other companies take.