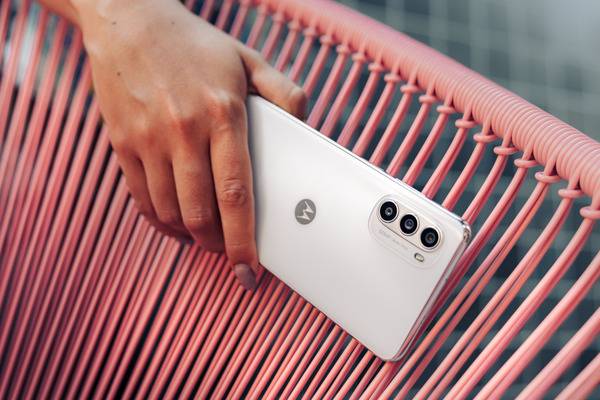 A new Snapdragon processor, an AMOLED display and larger memory are just three of the innovations that the Moto G52 brings with it. The new mid-range smartphone from Motorola only costs 250 euros. All details about the new generation.

At first glance, the Moto G52 is almost indistinguishable from its predecessor, the Moto G51 5G . In fact, however, there are some differences between the two mid-range smartphones. Unusual: The new G52 has a smaller display than the last generation. Instead of 6.8 inches, the screen measures 6.6 inches diagonally this time. A surprising step on the part of Motorola, since new smartphones are known to tend to be larger.

With AMOLED display but without 5G

However, the difference in size is so small that it hardly matters. Furthermore, the new screen is an AMOLED display, which is definitely an upgrade compared to the previous LCD panel. Even if the FHD+ resolution of 2400×1080 pixels (402 ppi) hasn't changed. It is a pity that the refresh rate of the new model is lower and drops from 120 to 90 Hertz. 5G support has also been dropped. Buyers therefore surf at maximum LTE speeds.

In addition to the screen, the CPU is also new. The predecessor's Snapdragon 480 Plus gives way to the mid-range Snapdragon 680 chip from Qualcomm. This offers a higher GPU clock frequency and better battery performance. Although the battery capacity of 5,000 mAh hasn't changed, the new G52 should last up to 37.9 hours. That's ten hours longer than the G51.

The CPU is still supported by 4 gigabytes of RAM. The internal storage capacity is 128 GB. A clear plus compared to the 64 GB of the last generation. The memory can also be expanded by up to 1 terabyte using a microSD card.

On the other hand, there are no changes to the triple camera module on the back. The main camera still offers a 50-megapixel sensor, while the ultra-wide-angle camera is equipped with an 8-megapixel sensor. The third camera is a macro lens. However, the punch-hole camera on the front now has a resolution of 16 instead of 13 MP.

The Motorola Moto G52 will be available in stores from the end of April for around 250 euros in Charcoal Gray and Porcelain White.