Through the latest beta launched in China, Xiaomi has implemented two new changes in the MIUI user interface , which we will probably see in a stable way together with MIUI 13.5 , an update that many point to this summer.

On the one hand, we find a new commitment by Xiaomi to improve its own cloud . On the other, a new interface or functionality of the MIUI virtual buttons , especially designed for the Xiaomi Mix Fold which unfortunately has not yet left China.

As reported by MIUIes , Xiaomi has implemented two new changes to the MIUI interface through the V13 22.4.10 beta. Without going any further, the Xiaomi Cloud user interface gets a complete redesign, becoming easier and more intuitive to use .

As shown on these lines, MIUI's "cloud backup" option has received a fairly complete visual redesign , thereby simplifying its ease of use and therefore inviting more users to make use of this type. backup. 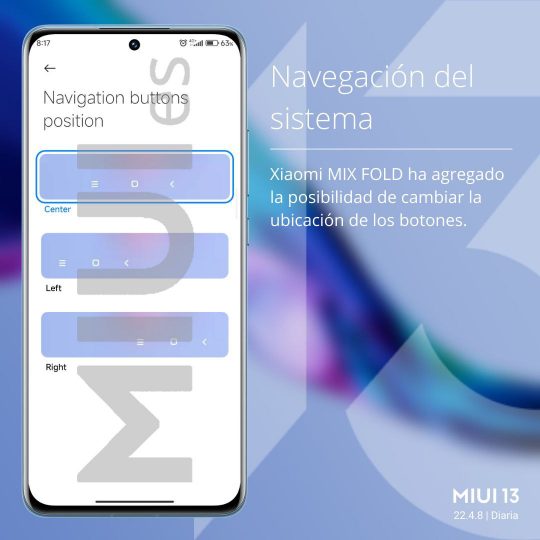 The other change we found in the latest beta is related to the navigation buttons . Apparently Xiaomi is optimizing the MIUI user interface upon arrival of the Xiaomi Mix Fold 2, implementing new positions for the virtual buttons .

In short, two aesthetic changes to take into account, which, as we said, will probably end up reaching our smartphones together with MIUI 13.5 . That if, first it will be launched officially in China, to later reach the Global and European variant of MIUI.