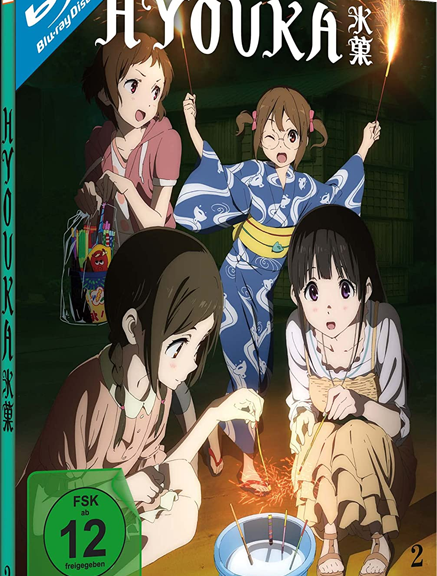 KSM Anime will begin home video release of the 22-episode anime series Hyouka next month. So while fans are still waiting for the first volume, the anime label has now revealed final details for the second volume.

Accordingly, the second volume of Hyouka will be released on June 16, 2022 and will include episodes 7 to 12 and the associated OVA episode with German and Japanese voiceovers. Episode 11.5, a 52-page booklet, four art cards, the opening and ending song, trailer and a picture gallery are listed as extras.

The home video release of the mystery anime series will launch on May 19, 2022 as a digipak in a slipcase, with the first volume containing the first six episodes and going on sale along with a collector's slipcase.

When the remaining volumes will follow is still pending and should be announced in the near future.

Hyouka is based on Honobu Yonezawa's Classic Literature Club light novel series, which was published in Japan in October 2001. The 22-episode anime adaptation, which ran on Japanese television from April to September 2012, was directed by Yasuhiro Takemoto at Studio Kyoto Animation, while Shouji Gatou penned the screenplay. The manga adaptation will be published in Germany by the publisher TOKYOPOP in German. 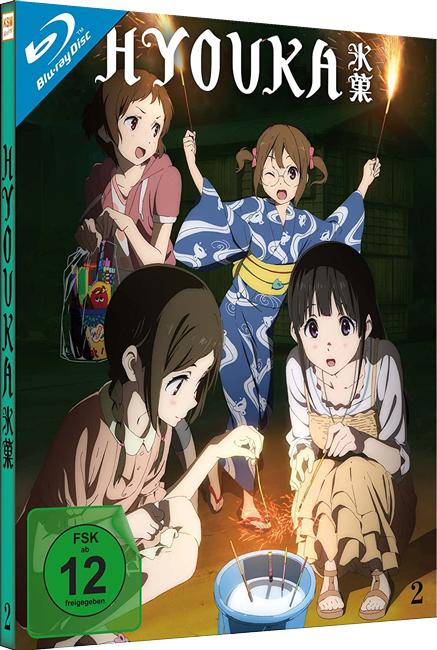 This is what Hyouka is about:

Hotaro is a rather passive student. But his sister persuades him to join the 'Classic Club' so that it won't be closed. Three more members soon join, the curious Eru, his cheerful friend Satoshi and the sharp-tongued Mayaka. Together they are now trying to solve various mysterious mysteries that they encounter again and again in their club activities…