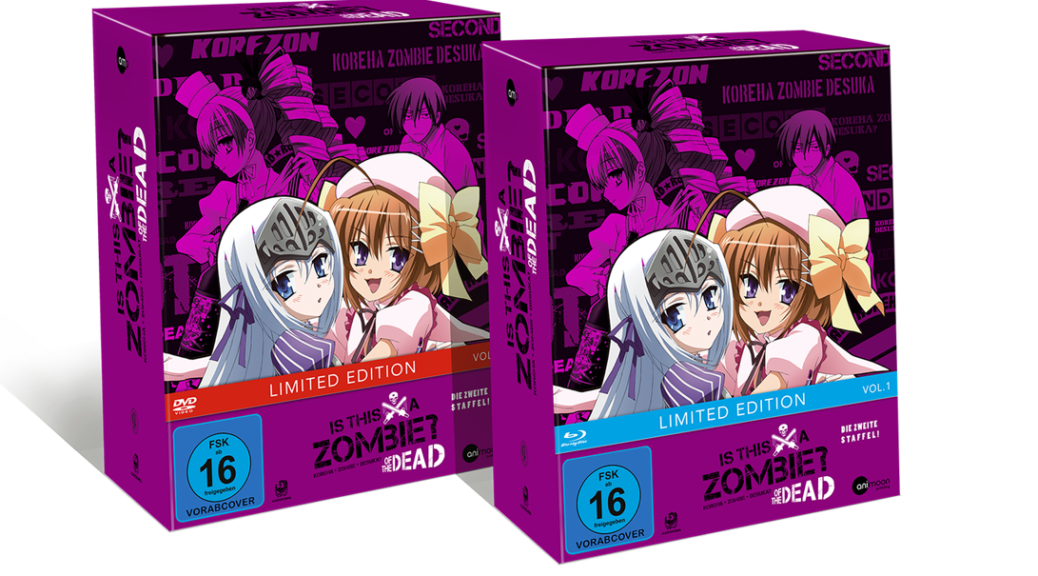 More than half a year ago we reported that AniMoon Publishing has also acquired the license for the second season of the dark comedy anime Is This A Zombie? has secured. In the meantime, the Potsdam anime label has announced the first details about the planned disc release.

Is This A Zombie? Of The Dead will be released in Germany in three volumes as a Limited Mediabook Edition on DVD and Blu-ray. The first volume with the first four episodes in German and Japanese is expected to be available on June 10, 2022 with a slipcase. In addition, there is an exclusive extra that will be presented at a later date. The design of the collection slipcase can be found below.

Season two premiered on Japanese television from April to June 2012 and consists of ten episodes. Studio DEEN, directed by Takaomi Kanasaki, was once again responsible for the production of the sequel. In addition to the first season, which premiered in Japan in winter 2011, three OVAs were released between June 2011 and April 2012.

AniMoon Publishing has already released the first season of the comedy harem anime in three volumes on DVD and Blu-ray . 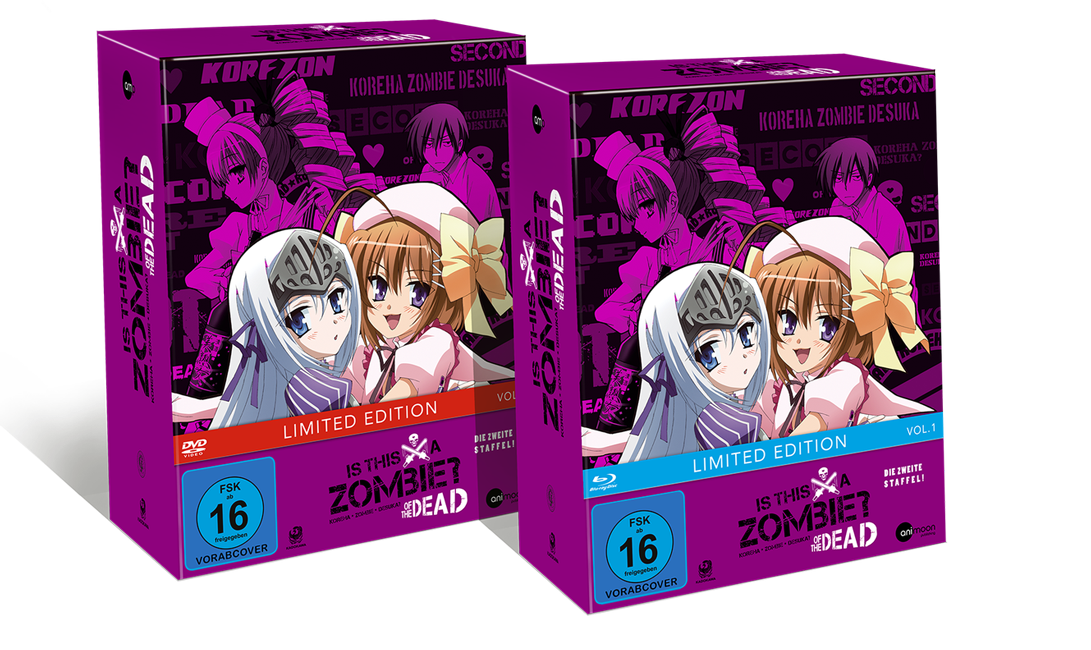 This is what Is This A Zombie? is about:

Ayumu Aikawa's life was turned upside down in no time. He's killed by a serial killer, but before he knows it, he's alive again. The necromancer Eucliwood Hellscythe resurrected him as an immortal zombie. As if that wasn't bad enough, a crazy world is now revealed to him that mere mortals never get to see. It is then suddenly quite normal for him to meet the magical fighter Haruna, who passes on her skills to him. Now Ayumu in a frilly dress armed with a pink chainsaw has to fight huge monsters. So it's no longer surprising that the vampire ninja girl Seraphim, who actually finds him absolutely disgusting, moves in with him out of the blue. Soon this madness for Ayumu