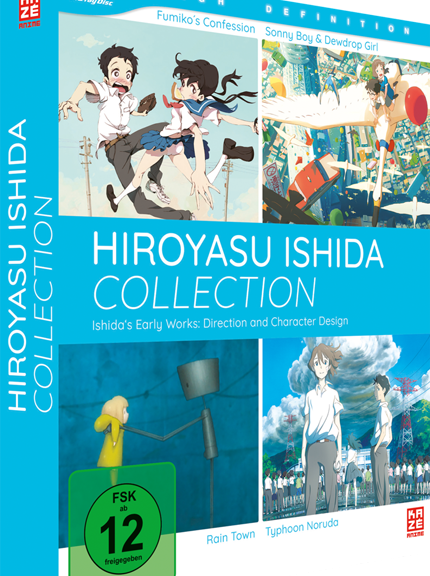 Some time ago, KAZÉ Anime announced the licensing of five anime short films by director and animator Hiroyasu Ishida. After it has been pretty quiet about the planned disc release since then, the Berlin anime label revealed new details about two years later.

KAZÉ Anime is expected to release the five anime short films Fumiko's Confession , Rain Town , Sonny Boy & Dewdrop Girl , Typhoon Noruda and Paulette's Chair on May 19, 2022 as a collection box on DVD and Blu-ray. In addition to the films with German and Japanese voiceovers, there is an interview with Ishida and a booklet as an extra.

A pre-order in the online shop of KAZÉ Anime is now possible. The home video release of the five short films was originally planned for August 2020.

The 33-year-old director is best known for Penguin Highway , Ishida's first feature-length anime film, which was released on DVD and Blu-ray by KAZÉ Anime in March 2020. Hiroyasu Ishida's new film, Drifting Home , is currently in the works at Studio Colorido and will be available on Netflix later this year. 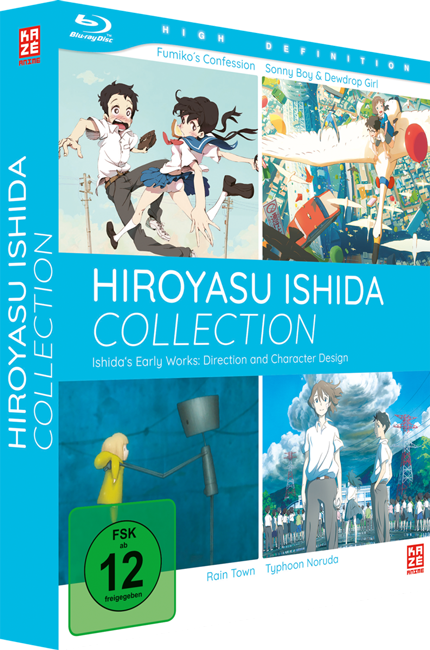 Schoolgirl Fumiko gathers all her courage to make a confession of love to her crush. When his answer is negative, she is so embarrassed that she runs away, trips, and flies down a hill at breakneck speed…

From a city that never stops raining, residents have gradually fled to the surrounding areas. A little girl in a yellow raincoat sets out to explore the ghost town and unexpectedly makes a new friend there…

The shy Hinata is in love with his classmate Shigure, but doesn't dare to tell her. When Shigure moves to another city, he plucks up courage and chases after her on a bird to finally confess his feelings to her.

Paulette's Chair is about little Paulette and her best friend – a small magical child's chair. They share many adventures over the years and go through ups and downs together. (Source: aniSearch.de)

Anticipation for Tsujikita Middle School's summer festival is dampened by a storm warning. However, Kenta and Shuichi have other concerns: their friendship is about to end. But then a mysterious girl appears in the storm…