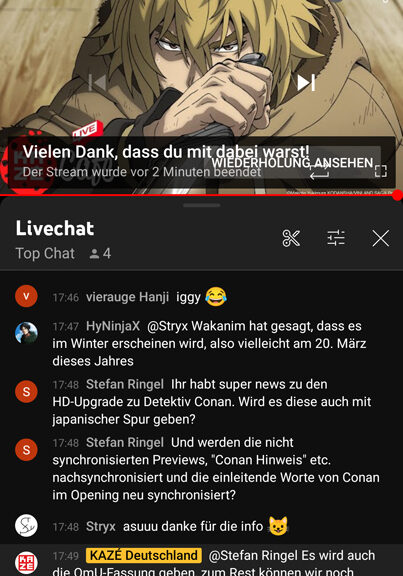 A month ago we reported that KAZÉ Anime will soon release the anime classic Detective Conan for the first time on Blu-ray. Since then there have been no further details. However, the Berlin-based anime label recently revealed details of the language versions included in the chat area of the last live stream.

When asked by a viewer, KAZÉ Anime confirmed that the Blu-ray new edition of Detective Conan will also contain the original Japanese version with German subtitles (OmU version). However, KAZÉ left the question of re-synchronizing some scenes unanswered.

Outside of the live stream, these details remain unconfirmed, because this information can neither be found in the label's online shop nor on the official website.

Already at the beginning of February this year, KAZÉ Anime announced in the newsletter that it would probably release the first 102 episodes of the TV series in a total of three Blu-ray boxes from the second half of the year.

Detective Conan has been broadcast in Japan since January 1996 and currently includes more than 1,000 episodes, 24 films and various specials. ProSieben MAXX regularly showed the classic on free TV, which will also be broadcasting new episodes this year (we reported ). Streaming provider Crunchyroll also has the first 433 episodes and 22 films on offer.

> Watch the series on Crunchyroll (DE)
> Order series on Amazon 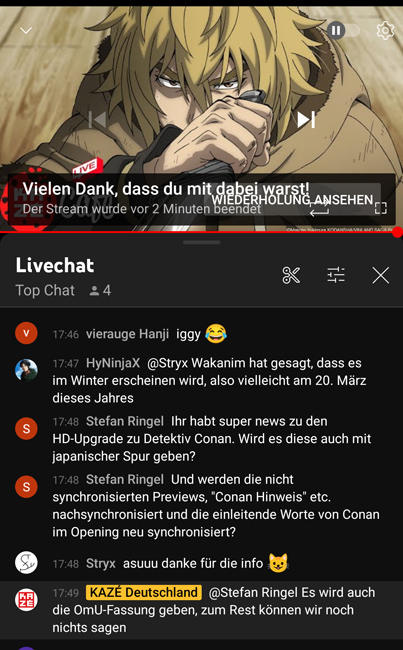