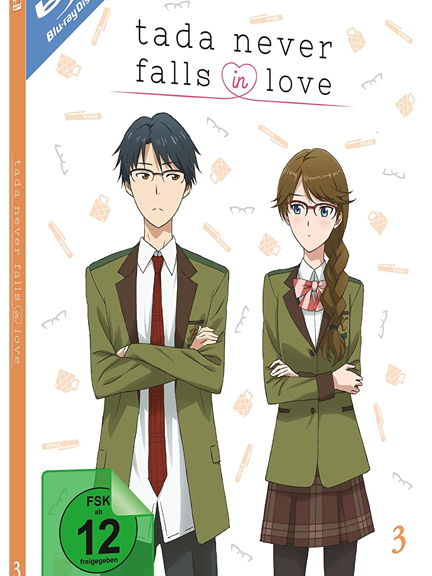 KSM Anime will start home video release of Tada Never Falls In Love in just a few weeks. But before that, an entry on Amazon made it clear when the third and final volume would appear.

According to the information, the third volume with episodes 9 to 13 in the German and Japanese language editions will be available on DVD and Blu-ray on May 19, 2022. In addition to the opening and ending songs, there are also extended previews, trailers and a picture gallery as extras. The final cover design can be found under this article.

The home video release of the original anime will be in three volumes, with the first volume and slipcase, which will include the first four episodes on DVD and Blu-ray, expected to be released on March 17, 2022. Volume two will follow on April 21, 2022 with episodes 5 to 8.

The original anime ran on Japanese TV for the first time from April to June 2018. In this country, the series is not yet available on demand. 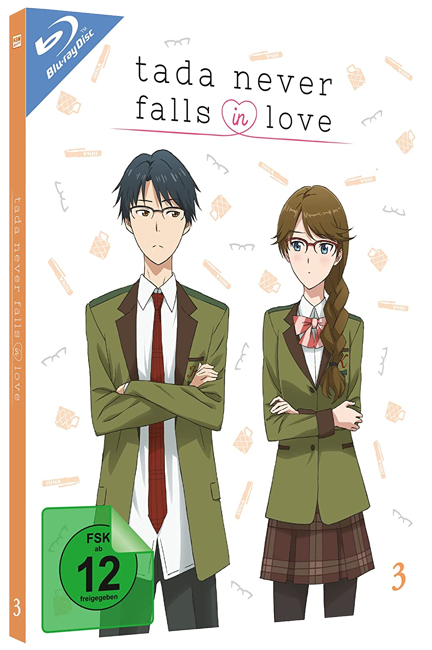 WHAT Tada Never Falls In Love IS ABOUT :

Love hasn't really been an issue for quiet high school student Mitsuyoshi Tada. Photography is his passion. When Tada wants to capture the blossoming cherry trees in the city park on his camera, he meets Teresa, an exchange student from the small European country of Larsenburg. After a brief misunderstanding and a photo, the two separate again… only to run into each other two more times. Finally, when two new students are introduced to Tada's class, it's Teresa and her unexpectedly battle-hardened friend, Alex. But there seems to be more…