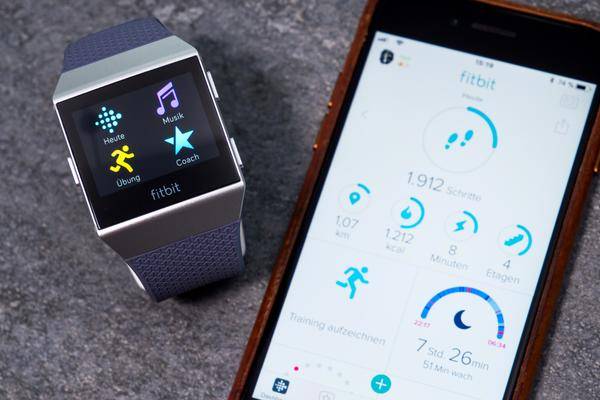 To be on the safe side, owners of the Ionic smartwatch should send it back to the manufacturer Fitbit. The reason for the recall is that the smartwatch battery could overheat and cause burns.

The Google company Fitbit is conducting the international recall of the Ionic smartwatches for preventive reasons. According to the US product safety authority CPSC (Consumer Product Safety Commission), at least 115 people in the USA and 59 people internationally have reported an overheating battery in their smartwatch. This includes 118 reports of burns with two reports of severe third degree burns and two cases of second degree burns. Overall, "less than 0.01 percent" of the Ionic devices sold are affected, according to Fitbit, according to TechCrunch .

According to Fitbit, German owners of the smartwatch should stop using their device. Customers can learn how to get a refund by visiting help.fitbit.com/ionic . Alternatively, they can call Fitbit Customer Service on 0800 0008876. You should not return the device to the seller, but you can recycle it like any electronic device .

Smartwatch recalls due to overheated batteries are rare

According to the manufacturer, the Fitbit Ionic was sold a million times in the USA and 693,000 copies crossed the counters internationally. There have been occasional – but overall rare – recalls of smartwatches due to overheated batteries. For example, the Intel Peak 2016 was recalled because of overheating batteries. There was also a recall of the first Garmin Quatix smartwatch due to a similar issue.