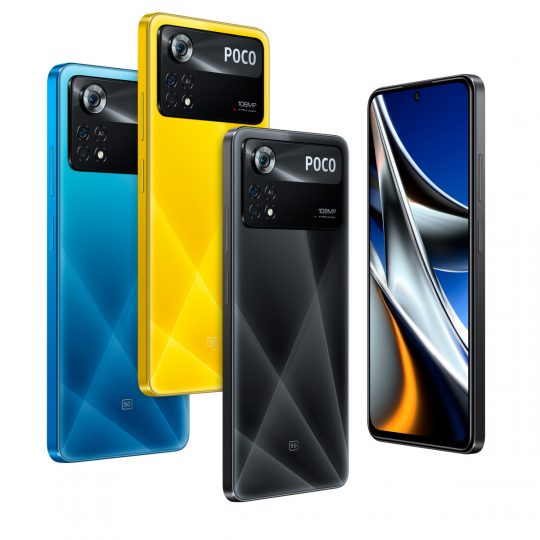 The POCO X4 Pro 5G was officially presented by Xiaomi a few days ago . But what has most attracted the attention of POCO's new best seller is its enormous resemblance to the Redmi Note 11 Pro 5G . And we are not talking about its exterior design, but about its internal characteristics .

It turns out and it happens that the POCO X4 Pro 5G and the Redmi Note 11 Pro 5G are like two drops of water . However, there is a detail that marks a great distinction between the two, and that can greatly influence which one is more worth buying . So let's break it down properly.

It is common for Xiaomi, and other manufacturers, to launch devices with identical characteristics, under different brands, but in different parts of the world. However, it is striking that, on this occasion, both the Redmi Note 11 Pro 5G and the new POCO will be available in the same countries . Something unusual in the industry.

Although these phones have a different aesthetic appearance, each corresponding to the style of its brand, its specifications are basically the same . And it is that both devices offer:

As if that were not enough, both mobiles have the same weight and the same dimensions, that is, 205 grams and 164.2 × 76.1 × 8.1 millimeters . As far as connectivity is concerned, the representatives of Redmi and POCO have Dual 5G NSA, WiFi 5, Bluetooth 5.1, GPS, NFC, headphone jack, and infrared sensor.

In addition, they offer a side fingerprint reader, stereo speakers, IP53 certification against splashing water, and liquid cooling. Therefore, it is as if they were twin brothers .

And then how are they different?

As we mentioned before, the differences between the POCO X4 Pro 5G and the Redmi Note 11 Pro 5G are quite specific . In the first place, there is the aesthetic appearance that, of course, responds to the guidelines of both brands.

Second is the appearance of their respective customization layers. Although both models have MIUI 13, the POCO version, which is called ' MIUI for POCO ', has a slightly different design than Redmi.

Likewise, it is striking that the new POCO X4 Pro 5G arrives with Android 12 , while the Redmi Note 11 Por 5G has Android 11. However, this is because the time it takes for MIUI to adapt to Android changes it is different for Redmi and POCO.

Which one is more worth buying?

Despite all of the above, there is one key difference between the two devices, and that is their price. Although they are practically the same mobile, the Redmi Note 11 Pro 5G is much more expensive than the new member of the POCO family .

This difference is due to a disparate pricing policy, in which Redmi devices are located at a higher point. This aspect can be very influential, since the final price of a product is one of the most important details for the consumer when making a purchase.

Therefore, in the end, which one you decide to buy will depend exclusively on two factors: the aesthetic appearance and your budget . Although if you don't care about the aesthetic level at all, and you want to spend as little as possible, the POCO X4 Pro 5G is the cheapest option you can choose .