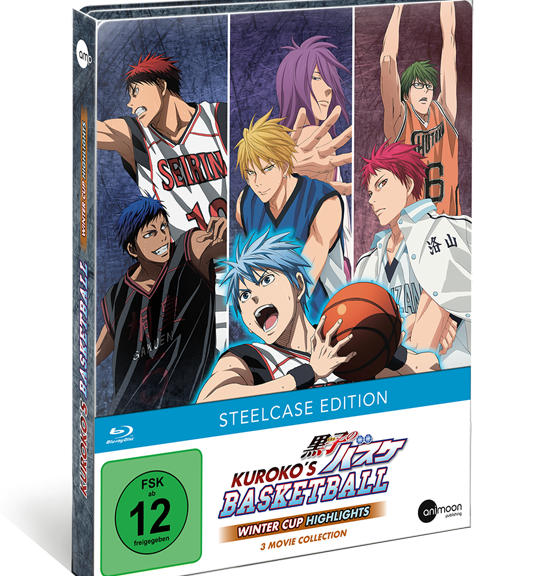 For those who haven't watched the popular sports anime Kuroko's Basketball yet, you can also relive the main events of the first three seasons in feature length form. Because before AniMoon Publishing releases the sequel film Last Game , the Potsdam anime label will be selling all three compilation films on disc.

AniMoon is currently releasing the 25-part third season of Kuroko's Basketball with German and Japanese voice overs in five volumes on DVD and Blu-ray.

Immediately afterwards, probably on June 24, 2022, the compilation films will follow under the title Kuroko's Basketball: Winter Cup Highlights as a 3-movie collection in a Star Metal Pak in a slipcase. The anime label will reveal what extras are included at a later date.

Kuroko's Basketball is based on the manga series by Tadatoshi Fujimaki and consists of three 25-part seasons, all of which were directed by Shunsuke Tada at the Production IG studio.

The first two seasons of the series are already available in full on DVD and Blu-ray from AniMoon Publishing. Season 3 is currently still being released on disc, while the disc release of the sequel film Last Game is scheduled for June 24, 2022. 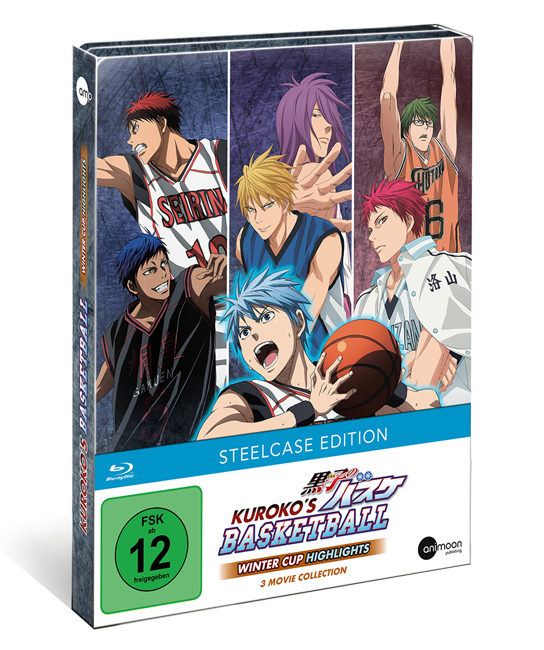 This is what Kuroko's Basketball is all about:

The rising player, Taiga Kagami, just got back from America. When he then transfers to Seirin High School, he meets the exceedingly normal Tetsuya Kuroko. Kagami is shocked because he has never seen such a bad basketball player. But it is precisely Kuroko's inconspicuous nature that lets him run across the field without being noticed and that in turn makes him so valuable as a player.