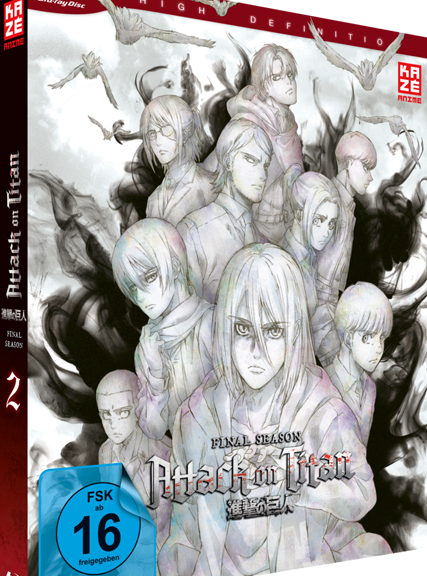 KAZÉ Anime released the first volume of Attack on Titan season 4 on DVD and Blu-ray a few weeks ago. The anime label from Berlin has now announced the final details of the second volume and also revealed the cover design and a product image (see below).

The second volume containing episodes 9 through 16 (episodes 68 through 75 in the total count) is expected to be available in stores from April 7, 2022. As an extra there is a 52-page booklet, trading cards, a staff-making talk and mini-clips. The home video release of Attack on Titan: Final Season began back on February 3, 2022 with volume one.

The first half of Attack on Titan: Final Season was produced under the direction of director Yuichiro Hayashi at Studio MAPPA. All previous 16 episodes, which aired from December 2020 to March 2021, also ran on Wakanim in simulcast and simuldub. The second part of the fourth season has been simulcast since January 2022 in Japan and in German-speaking countries on Wakanim and Crunchyroll . 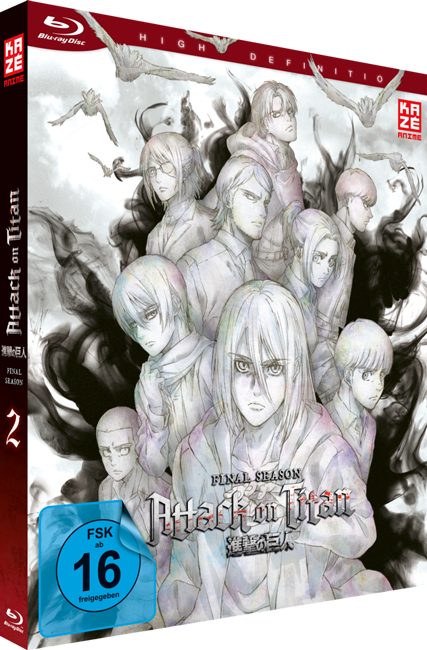 Product image for the second volume: 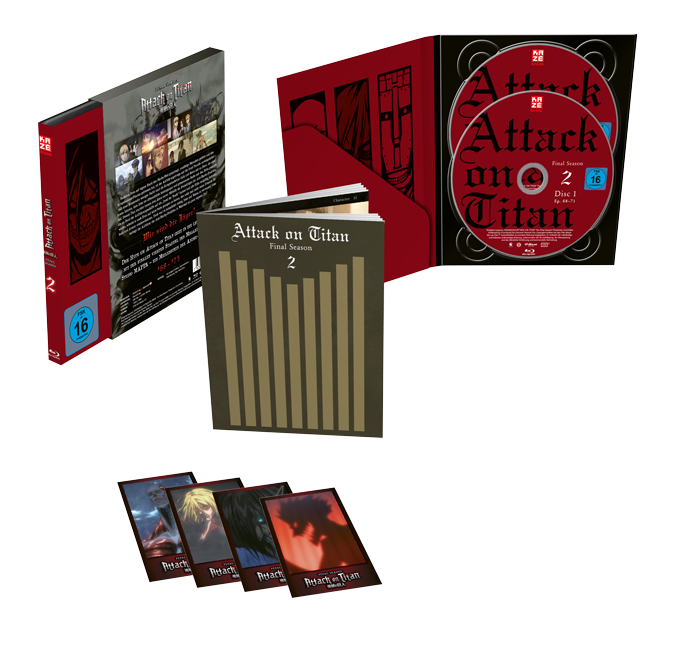 "Throughout the ages this titan has striven for freedom, fought for freedom. He is the Attack Titan.” Finally, the truth about the world outside the walls and the Titans has been revealed. To get this far, people have already had to make too great a sacrifice. Nevertheless, they don't give up because they still want to see the sea beyond the walls, which symbolizes freedom, with their own eyes. It has been six years since the Colossal Titan first attacked. Since then, the Scout Regiment has fearlessly led expeditions into the lands beyond Wall Maria. “Beyond the wall lies the sea, and beyond the sea freedom. That's what I've always believed…" For the first time, the people who have always spent their lives within the walls are reaching the sea. But is there actually freedom behind its infinitely wide horizon? A new chapter begins in the story of Eren Jäger.