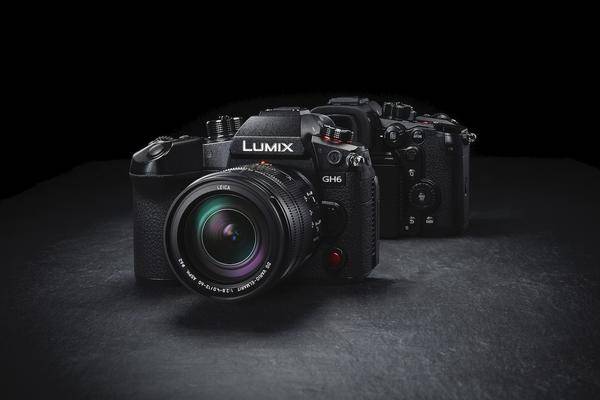 The new Panasonic Lumix GH6 Micro Four Thirds camera is particularly notable for its advanced video capabilities. These include unlimited recordings with up to 5.7K resolution at 60 frames per second. Apart from that, the Lumix GH6 has a lot to offer.

Compared to the Lumix GH5, the Lumix GH6 is a significant upgrade. It offers a new 25 megapixel sensor, a new processor and numerous new functions. The system camera can record 4K videos at up to 120 frames per second (FPS) and it creates videos in 5.7K resolution with 60 FPS and 10 bits. Full HD videos can even be shot at up to 300 FPS for slow motion recordings.

For post-processing, the camera internally offers the Apple ProRes 422 HQ codec with up to 5.7K at 30 FPS and 4-channel sound recording. The built-in fan, which cools the processor and the CFExpress memory card, favors the unlimited recording time for videos. There is another slot for SDXC memory cards and image stabilization for 7.5 f-stops is built into the housing.

The Lumix GH6 can take photos with a resolution of up to 100 megapixels. Also worth mentioning are the large OLED viewfinder, the swiveling monitor and the weatherproof magnesium housing.

Panasonic states March 2022 as the release date. The camera will be available as a housing and in two kits. The housing without lens costs 2,199 euros.