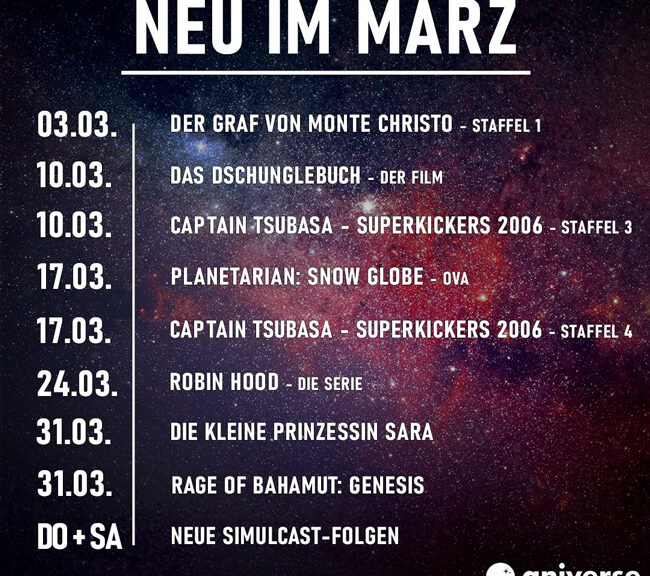 In March 2022, animeverse is expanding its catalog with a total of seven new anime titles. In this article, we summarize the new additions that subscribers to the Prime Video channel can look forward to.

As of March 3, 2022, aniverse is adding the sci-fi drama anime The Count of Monte Cristo: Gankutsuō to its catalog before the on-demand release of the 2006 film The Jungle Book and the third season of Captain Tsubasa – Superkickers 2006 on March 10, 2022 To be available.

A week later, on March 17, 2022, the streaming provider adds the prequel OVA Planetarian: Snow Globe and adds the fourth season to Captain Tsubasa . In addition, the anime classic Robin Hood will be available to all subscribers from March 24, 2022.

The month is rounded off by the 46-part series The Little Princess Sara and the fantasy anime Rage of Bahamut: Genesis , both of which will be available on the Prime Video Channel from March 31, 2022.

The new titles at aniverse at a glance: 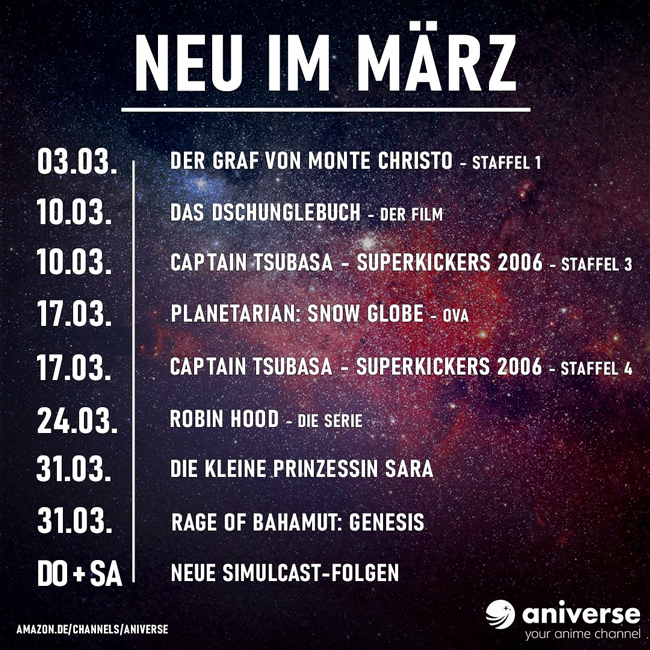