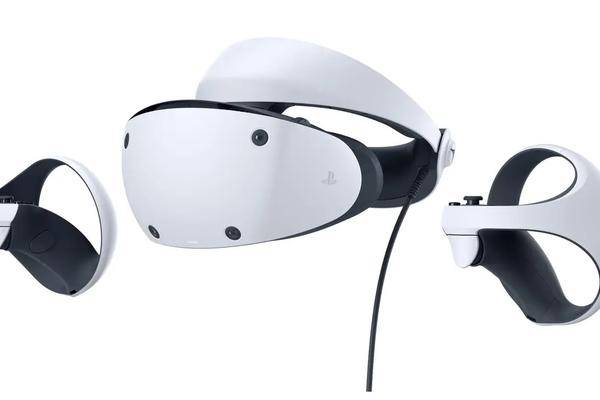 Sony has unveiled the design of the PS VR2. The new VR glasses are visually based on the white and black PlayStation 5. Compared to the first PlayStation VR, the fresh design offers some practical advantages.

The PlayStation VR2 consists of the new headset and two PlayStation VR2 Sense controllers. The tracking of the glasses in the room now works via four cameras in the front of the headset and a single USB-C cable is sufficient for the connection to the PlayStation 5. Also practical: users can adjust the lens distance to their own eye distance with a rotary wheel and it Provides ventilation to prevent fogging of the headset lenses. According to an entry on the PlayStation Blog , Sony's Senior Art Director Yujin Morisawa, the designer of the new VR glasses, is particularly proud of these.

The headset offers haptic feedback – meaning it has a vibration motor to pull users more into the gameplay. The PS VR2 also represents a significant technical upgrade: the two HDR-capable OLED displays have a resolution of 2,000 x 2,040 pixels, four times the resolution of Sony's first VR headset. The field of view is 110 degrees and the player's eyes are recognized so that he can interact with the game world with his gaze.

According to Sony, the developer kits for the new VR system are already with the game makers. So far, only one PS VR2 game has been officially announced: Horizon Call of the Mountain, an action-adventure game designed to take fans deeper into the world of Horizon. There is still no information on the price and release date of the PlayStation VR2.