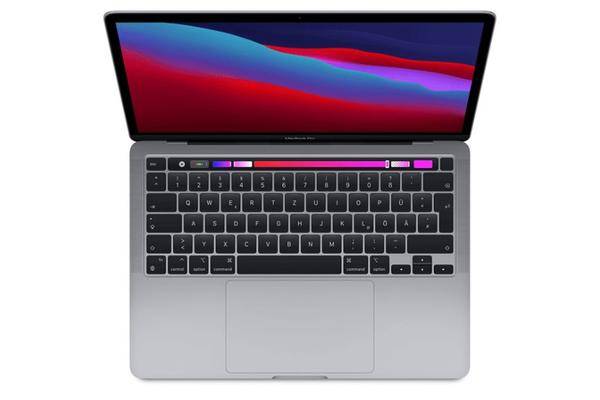 According to a rumor, the MacBook Pro 13 2022 will probably stay with the current design. That would mean keeping the Touch Bar. Apple has already changed the design of the other MacBook Pro models with the switch to the in-house M1 processor, so the step would be unexpected.

In contrast to the current 14- and 16-inch models of the MacBook Pro, the new 13-inch model will stick to the classic design this year. That would mean doing without a notch, and the MacBook Pro 13 is said not to have a ProMotion display with a higher refresh rate either. At least that's what MacRumors writes with reference to an anonymous source who correctly predicted the notch of the MacBook Pro 14 and 16 last year.

The new rumor matches a statement by DigiTimes (via MacRumors ), which claims to have learned from industry circles that the new MacBook Pro 13, apart from the M2 processor, will offer mostly the same components as the current M1 model. However, according to MacRumors , Bloomberg journalist Mark Gurman said that Apple wants to remove the Touch Bar from the new MacBook Pro 13, although he also assumes that there will be no ProMotion display.

The MacBook Pro 13 is to be officially presented on March 8th. Recently, three new MacBooks appeared in a database, which would match the presentation date. The new iPhone SE and a fresh iPad Air are also expected at the event, which are to be equipped with an Apple A15 and 5G modem.