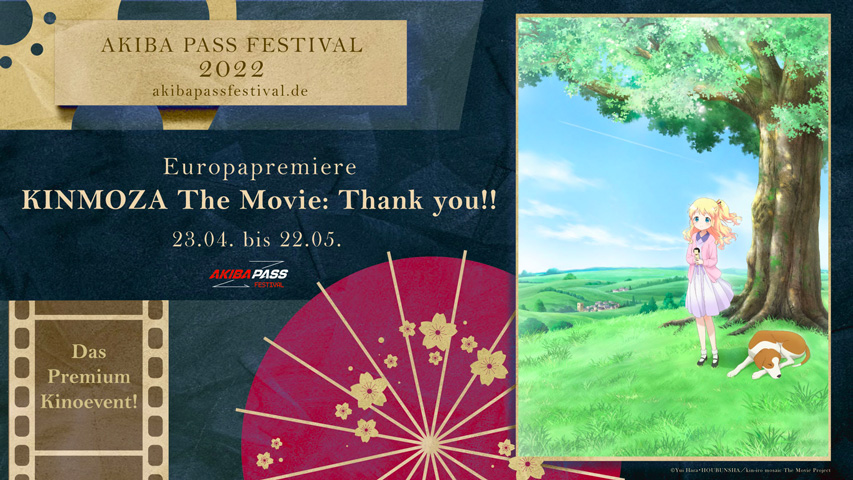 In December 2021, peppermint anime announced that the AKIBA PASS Festival 2022 had to be postponed to spring 2022 ( we reported ). Today, the Munich-based anime label not only revealed a new date, but also the final film.

As a result, this year's cinema event will take place between April 23 and May 22, 2022 in Berlin, Munich, Hamburg, Cologne, Braunschweig and Frankfurt. Today the advance ticket sale starts again on the official website . All tickets ordered so far remain valid.

In addition, peppermint announced anime with KINMOZA The Movie: Thank you!! the last anime film to celebrate its European premiere as part of the AKIBA PASS Festival 2022. The franchise includes two seasons available on-demand at Crunchyroll . The exact schedules for all films will follow at a later date.

The AKIBA PASS Festival 2022 was originally scheduled to take place between February 2nd and 20th, 2022. The films Blue Thermal , Lady Nikuko , Pompo: The Cinéphile and the first part of Free! – the Final Stroke – and Fate / Grand Order: Camelot can also be seen at the cinema event.