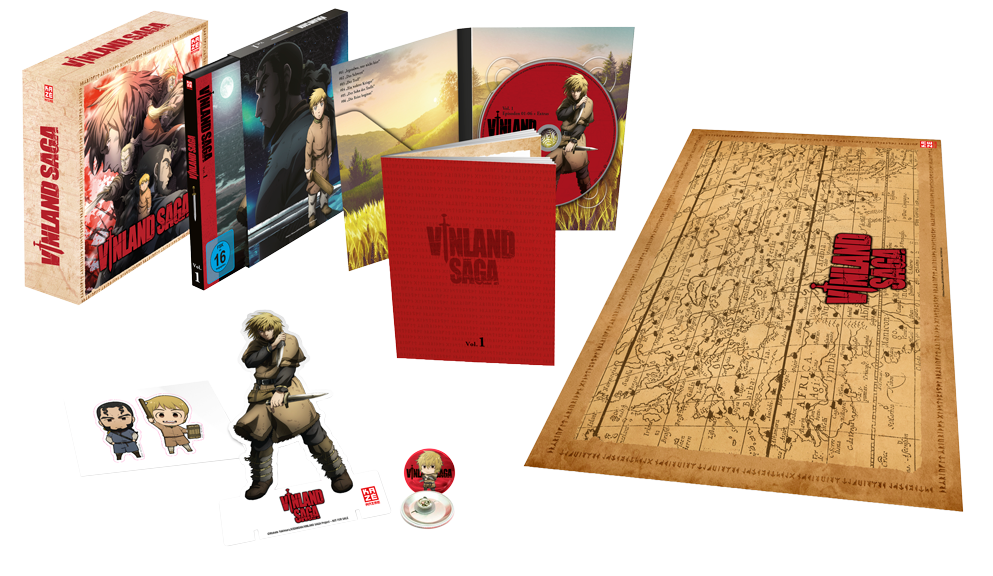 After KAZÉ Anime announced last month that the planned home video release of Vinland Saga had to be postponed to spring 2022 for production reasons, the Berlin-based anime label has now announced a new disc date.

Vinland Saga will be released in Germany in four volumes as a digipak in a slipcase on DVD and Blu-ray, with the first volume expected to be available from April 7, 2022. A slipcase, a 24-page booklet, a poster, a standee, a button, stickers and the clean opening and ending are listed as extras. A product image of the first volume can be found under this article.

Release dates and details of the other volumes are still pending and will be announced at a later date. 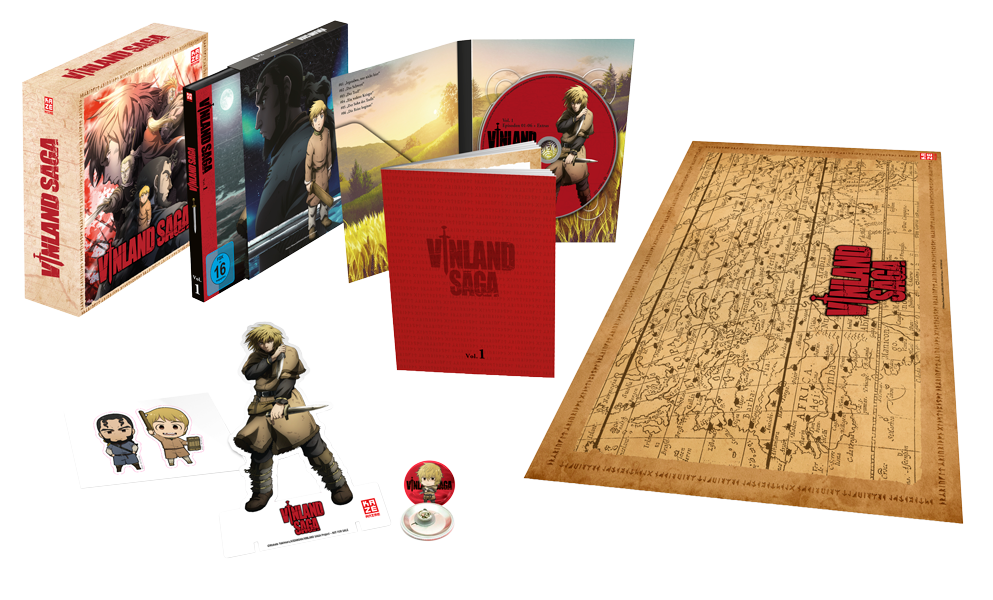