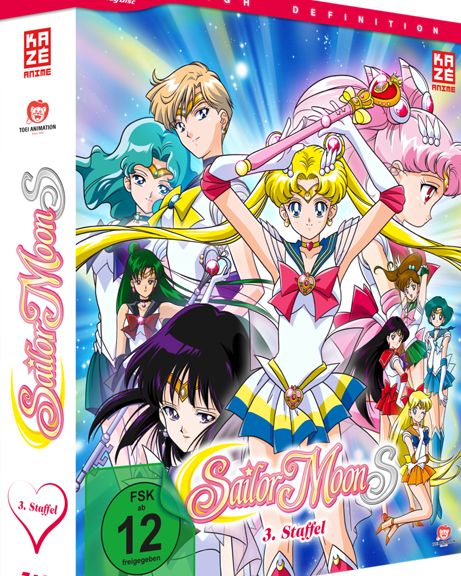 For more than two years now, Sailor Moon fans have been waiting for the home video release of Season 3 as a complete DVD and, for the first time, on Blu-ray. Meanwhile, the Berlin anime label revealed the final disc date of Sailor Moon S.

Accordingly, Sailor Moon S is expected to be released on March 17, 2022 as a complete edition that includes all 38 episodes with German and Japanese voiceovers. The series will also be available for the first time on Blu-ray with a remastered image in Germany. As an extra there is a poster, a postcard as well as the German opening and ending. A product image of the complete edition can be found under this article.

Due to the lengthy approval process with the licensor, KAZÉ Anime had to postpone the planned re-releases of Sailor Moon several times. When the complete editions of the fourth and fifth season will appear is not yet known.

The Berlin anime label KAZÉ Anime released the popular anime series Sailor Moon on DVD some time ago. The re-release as a complete edition on DVD and for the first time on Blu-ray began in July 2020.

Front view of the box:

Product image of the complete edition: 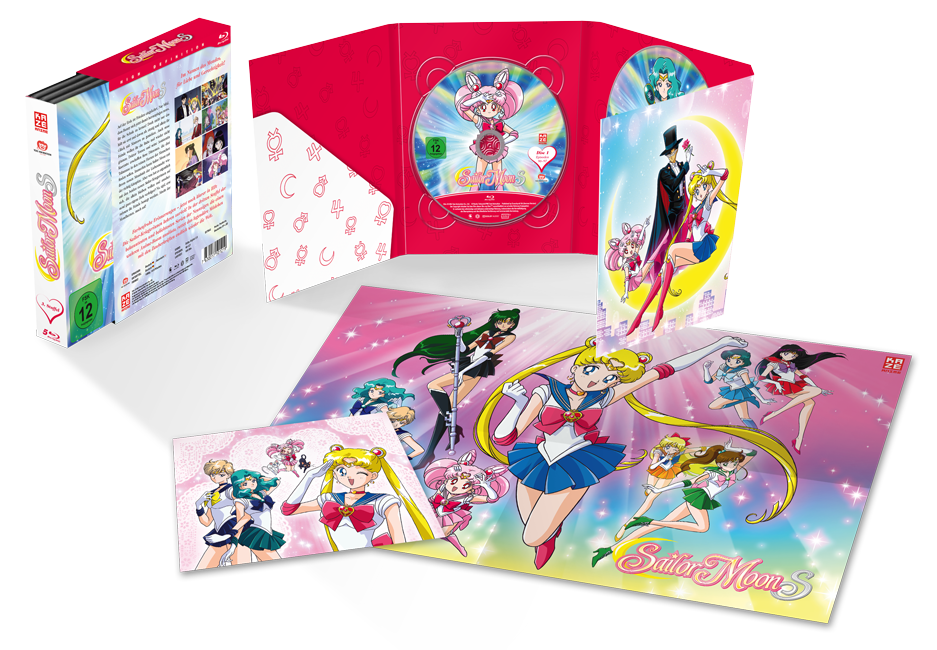 That's what SAILOR MOON is about:

Oh my goodness – overslept again! 14-year-old Bunny Tsukino is really hopeless. She's always tired, bad at school and incredibly clumsy. Oh yeah, she's a crybaby too. However, fate has it that this very girl is chosen to save the universe. At least that's what the talking cat Luna, who meets Bunny one day, says. Your task is to defeat a mysterious force that threatens the entire galaxy. To do this, she must find other warriors and go with them on the search for the moon princess. With the help of a magic formula, Bunny is now transformed into Sailor Moon, who fights all bad guys in the name of the moon. Moonstone, fly and win!