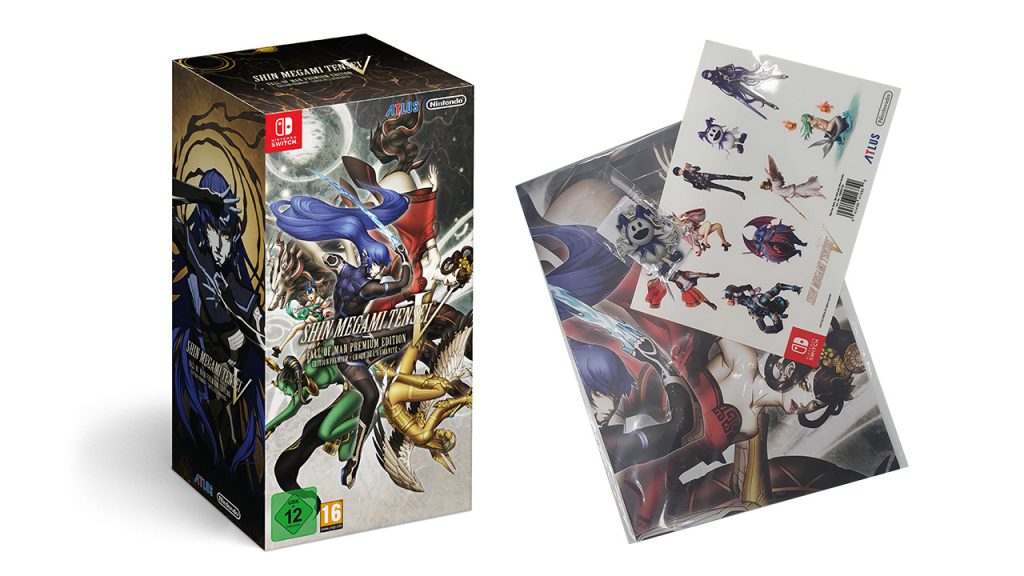 With Shin Megami Tensei , another offshoot of the post-apocalyptic role-playing game from developer Atlus and publisher Sega will be released on November 12, 2021 for the Nintendo Switch. After the Switch exclusive title has now been available in stores for around two months, we are now checking your status of the demon compendium and, with the kind support of Nintendo, are giving away a demonic package.

In Shin Megami Tensei V , you must fight hundreds of demons, form alliances with them, and create your own personal army with the chosen ones to face off against the gods. That's why we want to know from you how many of the demons you've already discovered and whether you're prepared for a big fight.

In cooperation with Nintendo, we are giving away a Shin Megami Tensei V merch package and the Fall Of Man Premium Edition of the JRPG, which has since been sold out (!) among all participants. It's worth taking part! 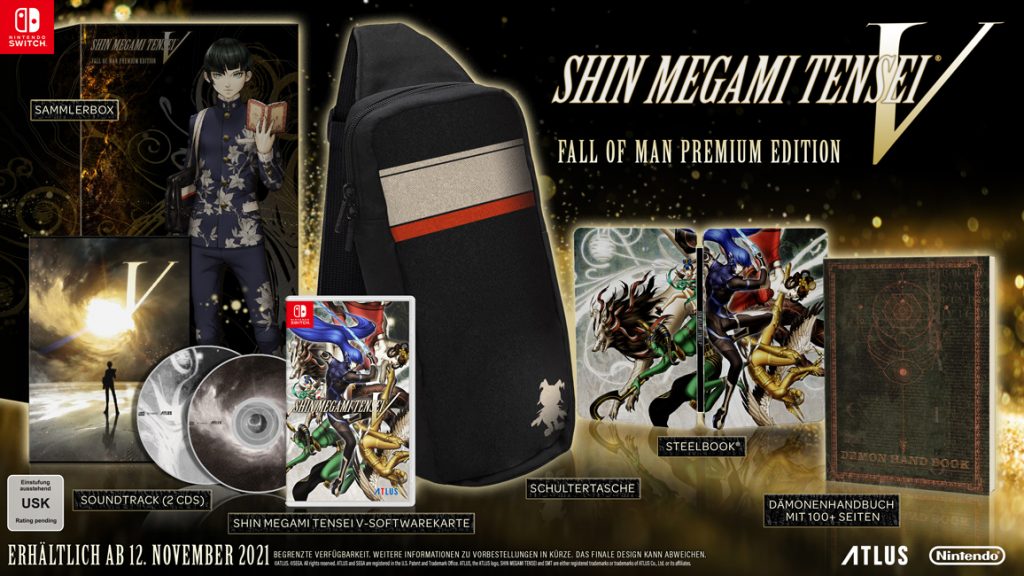 Contents of the FALL OF MAN PREMIUM EDITION

The closing date for entries is Sunday, February 27th, 2022 at 11:59 p.m. Please refer to our Conditions of Participation for all further information. By participating in this competition, you automatically confirm that you have read and accepted the terms and conditions. We wish good luck! 🙂

WHAT IS Shin Megami Tensei V ALL ABOUT :

In Shin Megami Tensei V, the latest installment in the acclaimed Shin Megami Tensei RPG series, you play as a high school student who must use his newfound powers to survive through a command-driven system in a demon-infested wasteland. Demons are feared foes, but through negotiation they can also become powerful allies and then fight at your side in this dying world. Which fate do you choose?