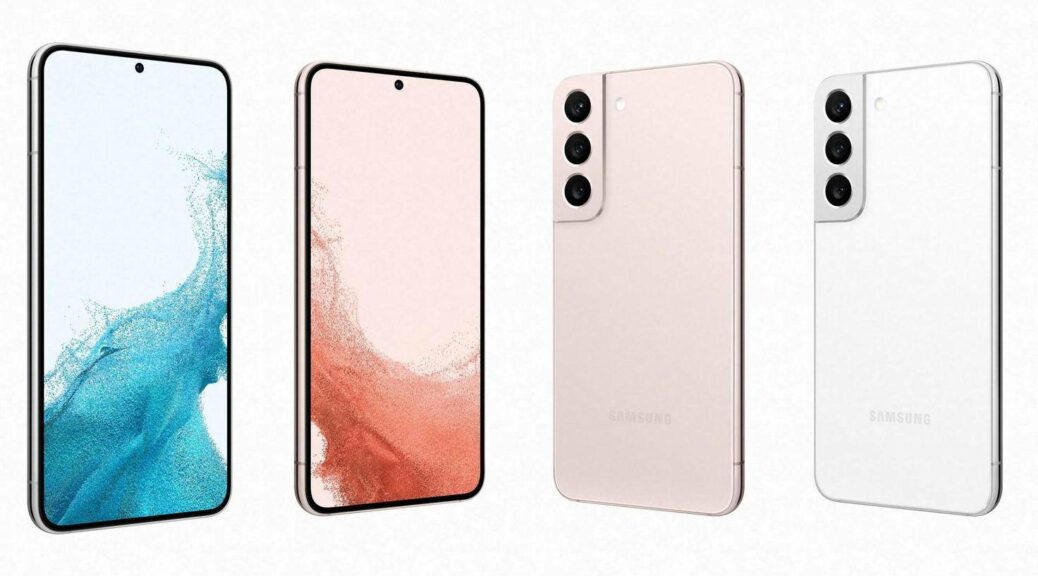 Compared to their predecessors, the Samsung Galaxy S22 and Galaxy S22+ mainly offer camera and performance updates. We have summarized the most important information about features, price and availability.

With its new flagship models, the Galaxy S22 and Galaxy S22+, Samsung is bucking a general trend in the industry that has been going on for years. Both devices are a bit smaller than their predecessors from 2021. While the Galaxy S21 had a screen diagonal of 6.2 inches last year, the S22 is a bit more compact at 6.1 inches. The Galaxy S22+ also shrinks to a screen size of 6.5 inches compared to the 6.7-inch predecessor.

Since the display edges have also become a bit narrower, the Galaxy S22 models appear more compact overall than their predecessors. The reduced size also affects the built-in batteries. Here, the Galaxy S22 slims down to 3,700 mAh and the Galaxy S22+ to 4,500 mAh. Samsung still promises good runtimes thanks to more efficient displays and processors.

Overall, both models offer flat displays with a resolution of 2,340 x 1,080 pixels. AMOLED panels with support for HDR 10+ are used. Peak brightness reaches up to 1,300 nits on the S22 and even up to 1,750 nits on the S22+. The new Gorilla Glass Victus+ is used as the display glass, which is said to be even harder and more resistant than other variants.

Both smartphones are powered by the Samsung Exynos 2200 processor, which is manufactured in a 4-nanometer process. For the first time, Samsung is working with AMD to pack a graphics chip based on the RDNA 2 architecture into the smartphone, which is also used in current next-gen consoles and graphics cards.

Samsung offers either 128 or 256 GB of storage for both models. The fast UFS 3.1 storage is installed. Unfortunately, there is no option for expansion via a microSD card. The working memory is 8 GB RAM. 5G reception is available in all models and the Galaxy S22+ also supports the brand new Wi-Fi 6e Wi-Fi standard, which can also transmit over the still virgin 6 GHz band.

For the first time, Samsung relies on graphics power from AMD. Image: © Samsung 2022

The camera setup remains similar to its predecessors, but has been given a decent update. The main lens offers a resolution of 50 megapixels and can capture movies in 8K quality if desired. There is also a 10-megapixel telephoto lens with a triple optical zoom and a 12-megapixel sub-wide-angle optic.

According to Samsung, the optical image stabilization has also been improved. Thanks to a 58 percent larger correction angle, it should be able to compensate for even more movements. Thanks to nightography mode, the Galaxy S22 models are said to be the first smartphones that also deliver good video recordings in the dark. For social media users, there is also a native integration of the camera app into Instagram, Snapchat and TikTok.

Fast charging – but no power supply

There is also a difference between the two models when it comes to charging. While the Galaxy S22 "only" supports fast charging with 25 watts, the Galaxy S22+ even supports 45 watts. A power supply is not included in either case. After all, both also support wireless charging.