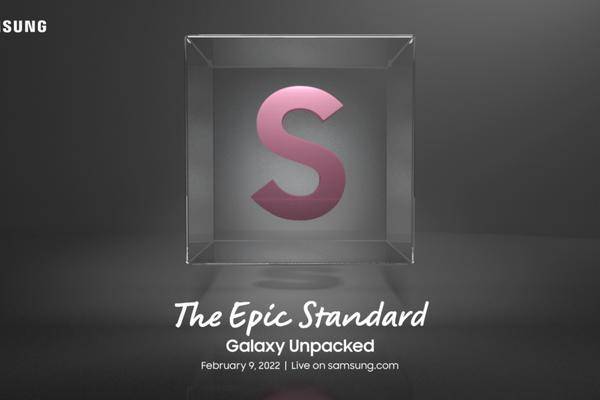 Samsung has officially confirmed February 9th as the date for the upcoming Galaxy Unpacked event. The date had been leaked a few days earlier. The big highlight of the event is the presentation of the Galaxy S22 series. The Galaxy Tab 8 models may also be seen at the show.

On February 9, 2022, the time has finally come: Samsung will present the Galaxy S22 series. A trailer for the Galaxy Unpacked event is intended to get Samsung fans in the mood for the big event. You can see a tracking shot through a tunnel, at the end of which the Galaxy S22 appears. At the end of the trailer, we're looking at an illuminated city at night and the phrases "Break through the night" and "Break the rules of light" appear – a nod to the improved low-light photography possible with the S22 models target.

"The Most Remarkable S-Series Ever"

As usual, Samsung fans can follow the Galaxy Unpacked event live in the Samsung Newsroom or on the Samsung YouTube channel . The live stream starts on February 9 at 4 p.m. German time. Samsung does not reveal much more information in the press release. But users should be able to look forward to an “epic new standard for smartphones with the most remarkable S series ever”.

The English original of the press release even hides the small but fine pun "most noteworthy S series ever created". This alludes to the Galaxy S22 Ultra's S-Pen support. Previously, Samsung's S-Pen was reserved for the Galaxy Note series. After the discontinuation of the series, the S Pen seems to have found a new home in the Ultra models of the Galaxy S series.

Will we also see the Galaxy Tab S8 series?

The company does not reveal which other devices will be presented at the Galaxy Unpacked event. However, GSMArena expects that Samsung could also show the new Galaxy Tab S8 series. According to a recent leak, there are said to be three different models: the regular Galaxy Tab S8, the larger Tab S8+ and the even larger and more powerful Tab S8 Ultra.