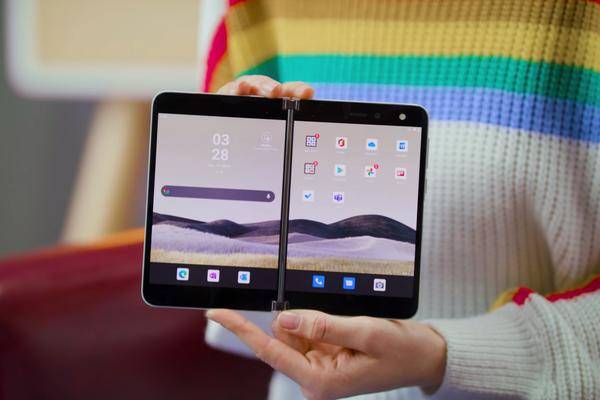 The original Surface Duo finally gets its update to Android 11. The new Android version brings a fresh user interface, new functions for the Surface Pen and lots of bug fixes.

The update to Android 11 is around 2.4 GB in size and is currently being distributed to the Surface Duo. Users who do not receive an automatic update notification can try to trigger the update manually via "Settings > System > System update > Check for updates".

It's all in the Android 11 update

In addition to bug fixes, users can finally look forward to new features. For example, OneNote can now also be started by clicking on the upper button of the Surface Pen. This function is already known from the Surface Duo 2. Furthermore, users can specify which apps should be automatically distributed to both screens.

Also fresh are a new Photos app based on OneDrive, expanded support for the Surface Pen, updated widgets and a new layout in the settings. You can find more changes and new features of the Android 11 update in the official changelog from Microsoft.

Is there hope for Android 12L?

According to Windows Central, there is at least a glimmer of hope. Sources said to be familiar with Microsoft's plans claim that Microsoft is working on an internal build for Android 12L. However, there is no date for the release of an official version. It is also questionable whether the possible Android 12L update will also come for the original Surface Duo or will appear exclusively for the Surface Duo 2. The official release of Android 12L is planned for the first half of 2022.