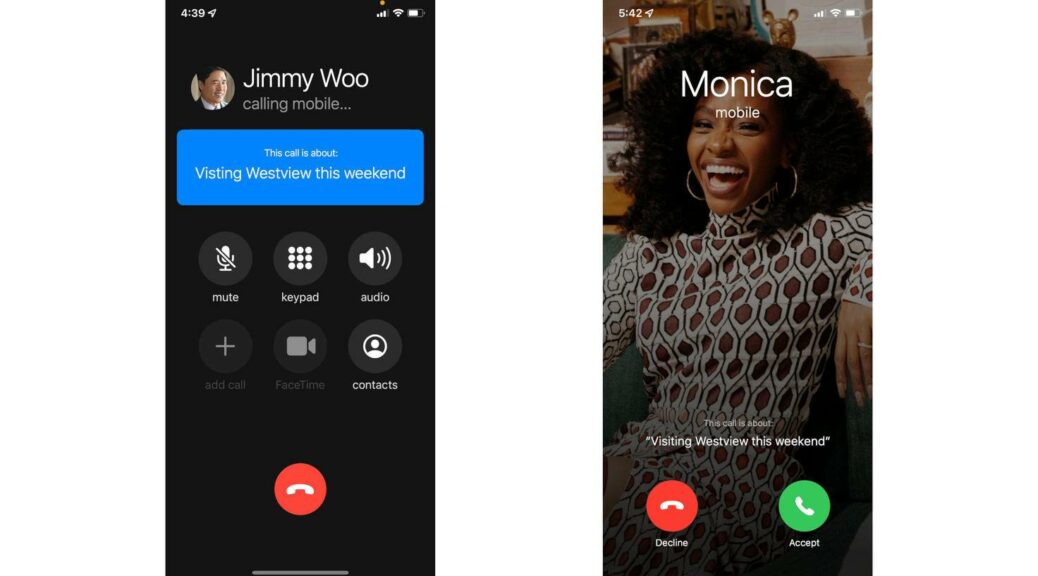 Wouldn't it be useful to know why you're receiving a call? A new concept for iOS 16 is all about that. The concept shows a call screen that shows the reason for a call. This allows the recipient to better decide whether to accept the call.

The idea for the iOS feature came from Dan Mall, CEO of design agency SuperFriendly. As he reported on Twitter, his wife has long wanted a feature on her iPhone that would tell her the reason for incoming calls. Mall sat down at his desk and made a few sketches of one such function just for fun. In the end, the result was a concept for a solid feature that could possibly be integrated into iOS at some point.

The proposed feature will allow Monica to decide if she wants to talk to Jimmy about visiting Westview. Image: © Twitter/@danmall 2022

iPhone queries the subject of the call

Mall introduces the new call function for iOS as follows: Before a user can call another person, an input field appears on their iPhone in which they are asked to enter the subject of their call. Only then will a connection to the receiver be established. The reason entered then appears on the display of the called party and he can decide whether he wants to accept the call or not.

No conversation for no reason

Just knowing the subject of an upcoming call would come in handy for many iPhone users. But Mall has a few more features planned. For example, users could specify in the call settings that a reason for a call must always be given. If the caller didn't enter one, the iPhone would transfer the call straight to voicemail.

Of course, the feature wouldn't just be limited to the iPhone. For example, users could also start a call on their Apple Watch with the help of Siri and dictate the reason for the call to the voice assistant. If the recipient of the call also has an Apple Watch, the topic of the call would of course also appear on the display there.