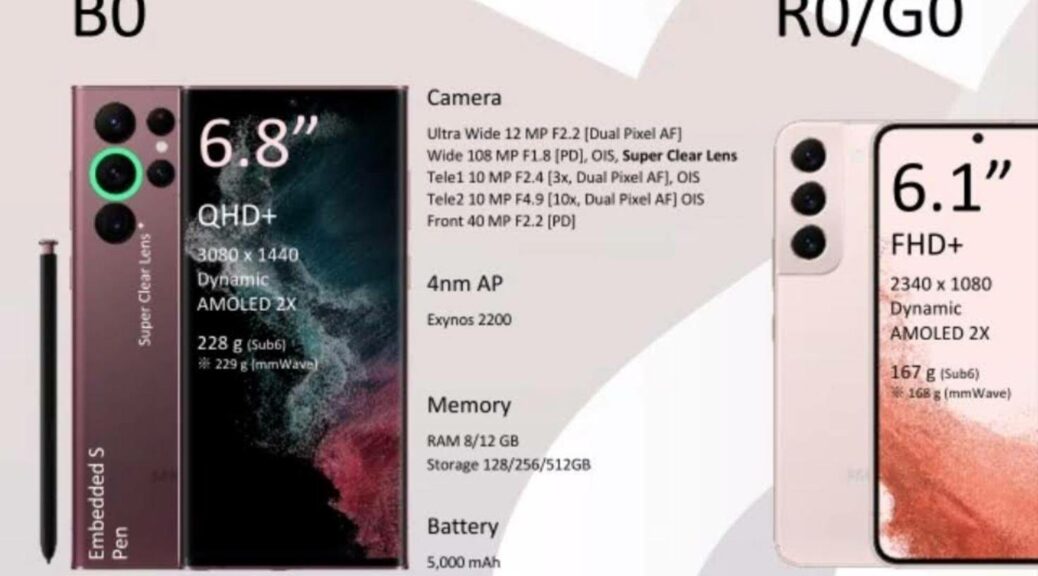 A suspected infographic has emerged for the Galaxy S22 Ultra, listing the alleged hardware specifications and the cameras of the model. The highlights include the 108 MP main camera with "Super Clear Lens" and the Exynox 2200 processor. However, it is questionable whether the infographic is real.

The infographic comes from the Twitter user @xeetechcare , who is best known for tech videos on YouTube. The Dutch tech website LetsGoDigital considers the graphics to be official, but the design differs quite significantly from Samsung's usual design signature. It is therefore difficult to say whether the dates mentioned are really official. At least they sound realistic. Let's take a closer look at the alleged specs of the Galaxy S22 Ultra.

It is uncertain whether this is an official infographic. Image: © Twitter / @ xeetechcare 2022

According to the infographic, the camera module consists of the following sensors: a 12-megapixel ultra-wide-angle sensor with dual pixel autofocus, a 108-megapixel wide-angle sensor with optical image stabilization (OIS) and super clear lens and two 10-megapixel telephoto lenses with OIS, dual pixels Auto focus and three times or ten times magnification. The selfie camera has a 40-megapixel resolution and is housed in a hole in the display.

The data coincide with the information known so far . The Super Clear Lens is new. This appears to be a protective layer for the main camera, which, according to the infographic, is made of Gorilla Glass. The full description is unfortunately cut off in the picture, but apparently the protective layer is supposed to enable clearer pictures without reflections or glare.

This hardware should be in the Galaxy S22 Ultra

According to the infographic, the heart of the Galaxy S22 Ultra is the in-house Exynos 2200, which has a graphics unit from AMD . Regardless of whether the graphic is official or not, this information should already be set in stone. The processor is supported by either 8 GB or 12 GB of RAM. The sizes of the internal memory should be 128 GB, 256 GB and 512 GB. The battery should have a capacity of 5,000 mAh and can be charged quickly with 45 watts. The performance of the charger has even been confirmed by an official photo .

A dynamic AMOLED display with a diagonal of 6.8 inches is to be used as the screen. The resolution is 3,080 x 1,440 pixels. According to the infographic, the weight of the Galaxy S22 Ultra should weigh 228 grams and be available in the colors Phantom Black, Phantom White, Green and Burgundy Red.

We will find out in February at the latest whether the information about the Galaxy S22 Ultra is actually correct. Then Samsung will officially unveil the premium flagship together with the Galaxy S22 and Galaxy S22 +. The prices of the smartphones are currently not known, but they should be roughly on par with the previous models.