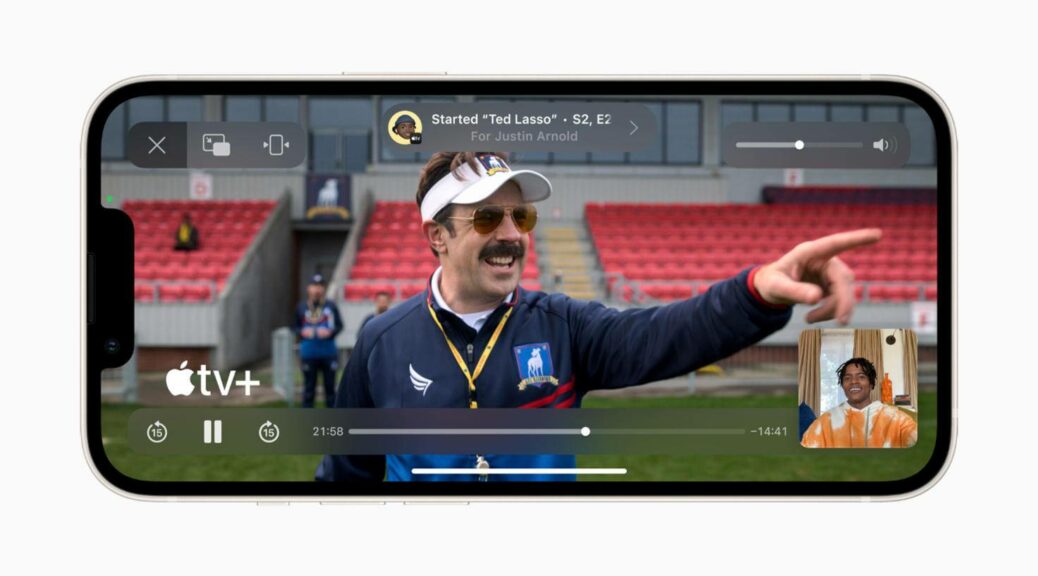 Since the update to iOS 15.1, you can more easily share the iPhone screen with the SharePlay function. We explain how the new FaceTime feature works.

With SharePlay you can experience different content during a FaceTime call together with other Apple users and chat at the same time. So you can watch videos together, listen to music, do Fitness + training, view photos and TikTok videos or just surf the Internet together.

With SharePlay you can, for example, watch the series "Ted Lasso" with friends. Image: © Apple 2021

You need that for SharePlay

SharePlay only works on Apple devices. To be able to use SharePlay, all participants must have at least iOS 15.1, iPadOS 15.1 or tvOS 15.1 installed. Since the release of macOS Monterey 12.1 in mid-December, SharePlay has also been available on the Mac.

This is how SharePlay works

How to start SharePlay on the iPhone or iPad:

In macOS on the Mac, SharePlay works basically the same way. If you want to use SharePlay on your Apple TV, you'll need to make a FaceTime call on a nearby iPhone, iPad, or Mac . Apple TV can then display the media part of the SharePlay call on the big screen – simply press and hold the TV button on the Apple TV remote control and select the SharePlay icon.

You can also share the whole screen with SharePlay. Image: © Apple 2021

In SharePlay sessions, there is a common playback control for all participants, so that each user can play, pause or skip forward the synchronized media content.

Thanks to the dynamic volume control , the sound of the streamed content automatically becomes quieter when a participant speaks, so that the conversation can easily continue despite a loud scene or chorus. If you'd rather hear sound throughout SharePlay, you can simply tap "Messages" in the FaceTime controls to jump to a shared conversation without interruption.

Each participant in the SharePlay session streams directly from the corresponding app on their own device. Apple TV also supports SharePlay , so users can watch shared TV shows or movies on the big screen while using their iPhone, for example, to stay connected via FaceTime.

These apps support SharePlay (as of December 2021)

SharePlay is already supported by many apps, including TikTok … Image: © Apple 2021