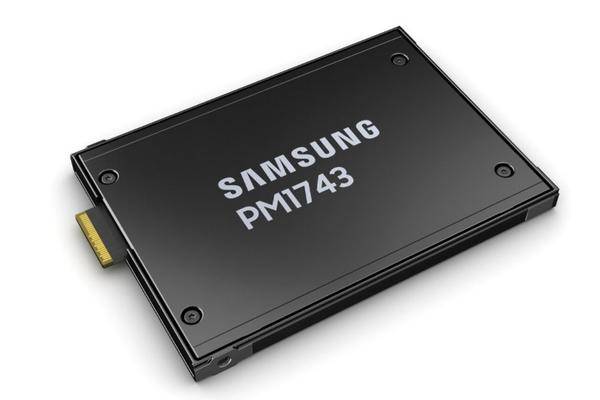 In the run-up to CES 2022, Intel and Samsung demonstrated the speed of new SSDs in combination with new processors and mainboards. The result is a read speed of an unbelievable 13 gigabytes (!) Per second.

The most important technology trends for 2022 will be presented at the CES (Consumer Electronics Show) trade fair in January. In advance, Intel has now published a demo video that shows the performance of the new Samsung SSD PM1743 in combination with the new PCIe 5.0 data interface. The result is data access that is over 130 times faster than with a conventional magnetic hard drive.

High-end speed only with the latest hardware

The Samsung PM1743 offers a read speed of 13 GB / s. As already mentioned, this is made possible by the PCIe 5.0 data bus, which is likely to become the standard in the PC industry in the future. This is currently only supported by Intel processors of the 12th generation (Alder Lake) and the associated Z690 motherboard. However, it can be assumed that the next generation of AMD chips will also offer compatibility with PCIe 5.0.

The test setup in the video includes an Intel Core i9-12900K and a Z690 motherboard from Asus. The Samsung PM1743 NVMe SSD is a model that is connected to the mainboard via the PCIe slot. Samsung wants to offer several variants of this SSD in sizes between 2 and 16 terabytes from 2022.

Faster than anything else

The sheer speed of the new storage solution is not only impressive in relation to an HDD. The Samsung PM1743 also works 26 times faster than a conventional 2.5-inch SSD that is operated via a SATA interface. And even the SSD of the Playstation 5, which is considered to be very fast, is more than doubled with its read speed of 5.5 GB / s. Current high-end NVMe SSDs with data rates of 7 GB / s also only manage half of what will be possible with the new data bus.