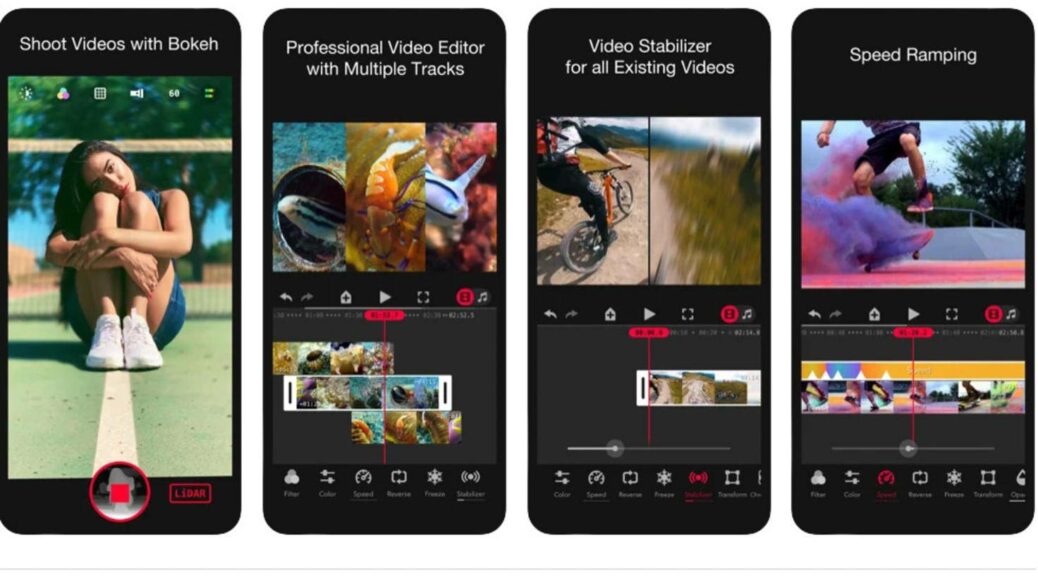 With the iPhone 13, Apple has added a great cinema mode to the camera app that enables impressive film recordings. In this guide you will find out how corresponding videos are also possible with older iPhone models that do not officially support the cinema mode at all.

Anyone who has ever held an iPhone 13 or even the Pro version in their hands will certainly have noticed the new camera lenses, which now look even more massive and therefore deliver even better photo and video recordings.

But Apple has also revised the camera app for the latest models of its smartphone and added the so-called cinema mode. This records films that are supposed to keep up with those of professional cameras in terms of quality. The app achieves this by setting the image focus so that the foreground looks sharp and the background is blurred. In addition, the focus in recorded videos can also be edited and changed later.

If you want to achieve similar results with an iPhone 12 or an older device, even though the camera app does not support the function at all, then we recommend the right app for you.

How to use the cinema mode on older iPhones

So that you can make comparable videos with your iPhone 12 and other Apple phones. can record, as the iPhone 13's cinema mode allows, you simply need a different camera app than the one provided by Apple.

We recommend a program called “Focos Live”. You can easily download this free of charge from the Apple App Store .

Using the app itself, i.e. recording and basic editing of video clips, is free of charge. However, if you want to use special effects when editing or, for example, want to record videos that last longer than 10 minutes, then the program asks for a subscription.

Here you have the choice between one month for around two euros, one year for around nine euros or a one-off payment of around 15 euros.

Shoot movie-ready recordings on the iPhone – this is possible with the Focos Live app. Image: © iTunes / Xiaodong Wang 2021

As soon as you have downloaded and opened the Focos Live app, it starts with a manageable screen where you will find four buttons and an overview of the videos you have recorded or projects you have created.

Use the "Record video" button to start a film recording, but first of all you have to allow access to your camera, microphone and picture gallery so that the app can save your works of art.

In the camera view you will find up to four more buttons at the bottom above the recording button, depending on how many and which camera lenses your iPhone has installed. On the far left you switch to the selfie mode, while the others determine the zoom factor and thus which areas of the picture are in focus.

In the bar at the top of the screen you can also set the exposure, select effects, set the image format, activate the flashlight as lighting and set the number of frames per second with which the video is recorded.

How to edit the videos in cinema mode

If you have recorded one or more films, you can get creative with the button "Edit video". In this menu, the app shows all the videos it has access to. These can be filtered below so that all those who support the cinema mode can be played via the "Cinema" button.

Tip: When recording your films, make sure to only use the 1x and 3x zoom, because the setting 5x deactivates the cinema mode.

To edit a video, select it, then click Edit in the top right corner. In the following menu, you have all sorts of options available, from effects such as emojis and stickers, which you can insert, to the possibility of adjusting the sharpness, color and the like.

You can also add other video clips to the project in order to create entire films with cuts and the like.

But be careful: some functions are marked with a small padlock symbol in the free version of the app. This tool is therefore only available as soon as you switch to one of the subscriptions mentioned.