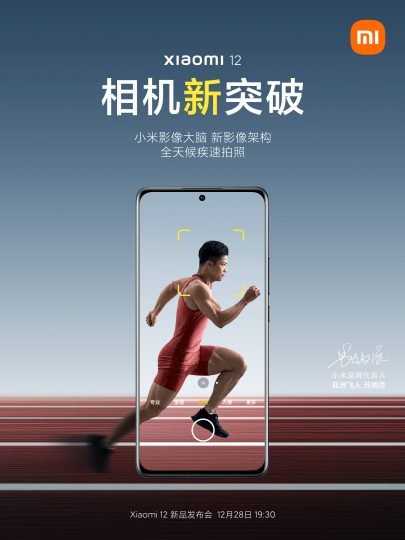 Little by little Xiaomi continues to reveal new details about its new flagship. After confirming its presentation date or showing its first official images , Xiaomi has detailed how the camera of its new Xiaomi 12 will be .

"Revolutionary", this is how the company itself has cataloged the camera that the Xiaomi 12 will have, which will integrate an important novelty called Xiaomi Imaging Brain that will allow us to take pictures in a really fast shooting time.

The Xiaomi 12 camera will be really fast

According to the company, Xiaomi Imaging Brain will make photographing moving objects or people really easy . This will be thanks to the speed of focus and ultra-fast shooting that the Xiaomi 12 camera will have.

Although Xiaomi has not detailed in depth the operation of Xiaomi Imaging Brain, everything indicates that it will be a new image processing software based on artificial intelligence , capable of working much faster than other traditional methods.

In this way, photographs of moving vehicles or even people running will become more common, since apparently these photographs will be taken with the Xiaomi 12 quickly and with a precise focus .